On Saturday, we were well into our drive back to Wyoming from Washington and starting to think about getting a hotel for the night in Bozeman, MT. As I pulled up hotels.com on my phone, Erich looked at me and said, “Hey, instead of getting a hotel, would you want to just drive down to Yellowstone and camp?” Sometimes he asks silly questions, “Um, yes!” We had inherited a tent from my sister and her husband and had some throw blankets in the truck. We had been planning to buy sleeping bags anyways, so we stopped at a Walmart and grabbed what we needed to pull off an impromptu camping trip. It was suppose to be 41 degrees that night but it sounded too fun to pass up. We made the turn south and man, was it beautiful. The campgrounds in the park were filling up fast, so we grabbed one of the last spots just outside the northern entrance. It was definitely primitive camping, which is what we love. There were signs everywhere warning about the wildlife, especially the bears and bison. I’ve seen warning signs before, but these ones were pretty serious; “Be prepared to come across bears. Carry your bear spray with you at all times. Be ready to use your bear spray.” Hmm, guess we should have grabbed some of that. Using the outhouse at night became even less appealing, and I’m one of those people that needs to use the little girls room more than once during the night, so I did what any smart camper would do, and stopped drinking water, or anything for that matter. We enjoyed the sunset and then the temperature started dropping pretty quick so we crawled into bed. Just before midnight, I noticed there were still a lot of campers up making noise, so I figured I’d get my bathroom run in before things got quiet (and scary). I quickly noticed how dark it wasn’t, so I looked for the moon, it was no where to be seen, but there were a million stars in the sky lighting up the night. It was breathtaking. I’ve never seen so many stars. I’m not sure how many times I tripped walking to and from the bathroom staring straight up at the sky. I climbed back into bed but couldn’t sleep, my mind too busy recreating the sky in my head. How many stars are there in the galaxy? Did God really give them all names? If He is so proud of His handiwork in the sky, just imagine how he feels about us! I could feel his pleasure, his enjoyment. Part of me wanted to take the rainfly off the tent so I could stare at them all night, the other part of me didn’t want to wake up covered in dew. Or frost. The logical side won and the romantic side tried in vain to fall asleep. Around two o’clock Erich heard something eating grass outside the tent and a little while later I heard what sounded like a hoof on gravel. We figured it was bison since there was bison fur and droppings all over the campground. Morning came ever so slowly. With Micah on the air mattress next to me, not falling off was a balancing act and my hips were killing me. It was so so much colder than we expected (low 30’s) so Micah had my extra blanket. He was warm and snuggly but I was fah-reezing. The sun slowly rose and the world around us started to wake up along with the wildlife inside our tent. The kids were amazing, they were freezing but never complained. Asia was the first to get up to go to the bathroom and since it was light out, I didn’t think twice about letting her go… until 5 seconds after she zipped up the tent and left, she was back and scrambling to open it again. She crawled back inside and with a priceless look on her face she loudly whispered “Bison! There is a BISON right outside our tent!” I jumped up to see, nearly sending Micah catapulting off the air mattress. I unzipped the door and sure enough, there was a massive bison meandering past our campsite. It was pretty awesome. We packed up camp and headed into Yellowstone. It was a quick visit but we saw some pretty amazing things. We hope to do a more thorough exploration, along with some real pictures, on our way to our next contract.

Life lessons this week: never camp without bear spray, always bring extra blankets, and look up every chance you get. 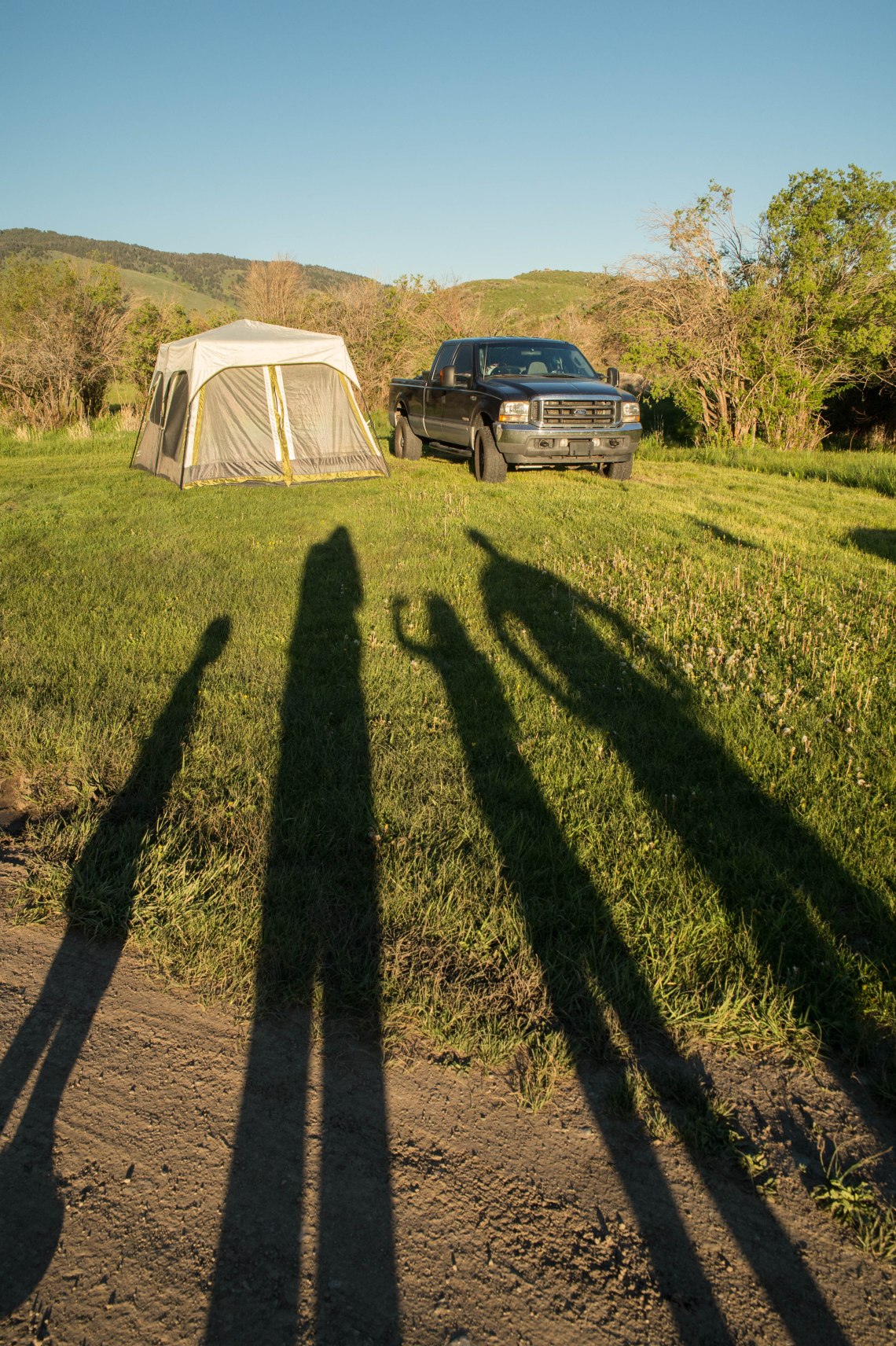 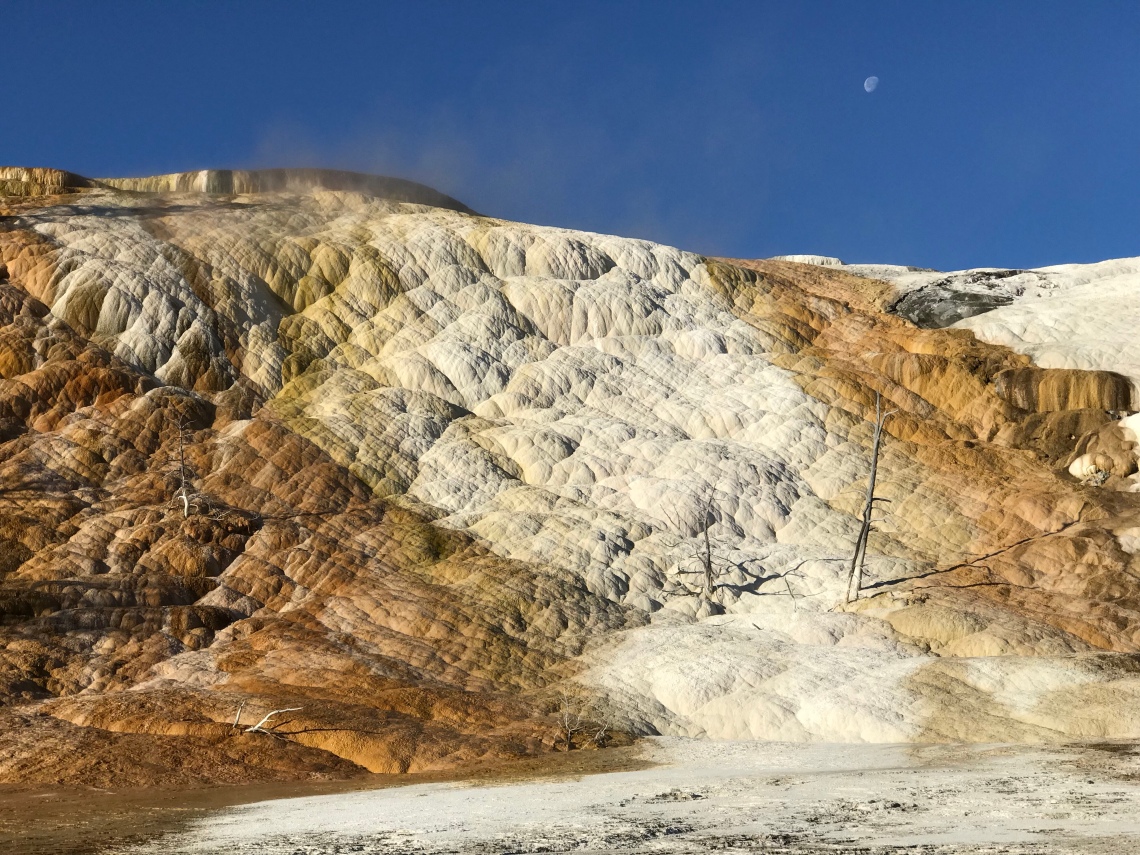 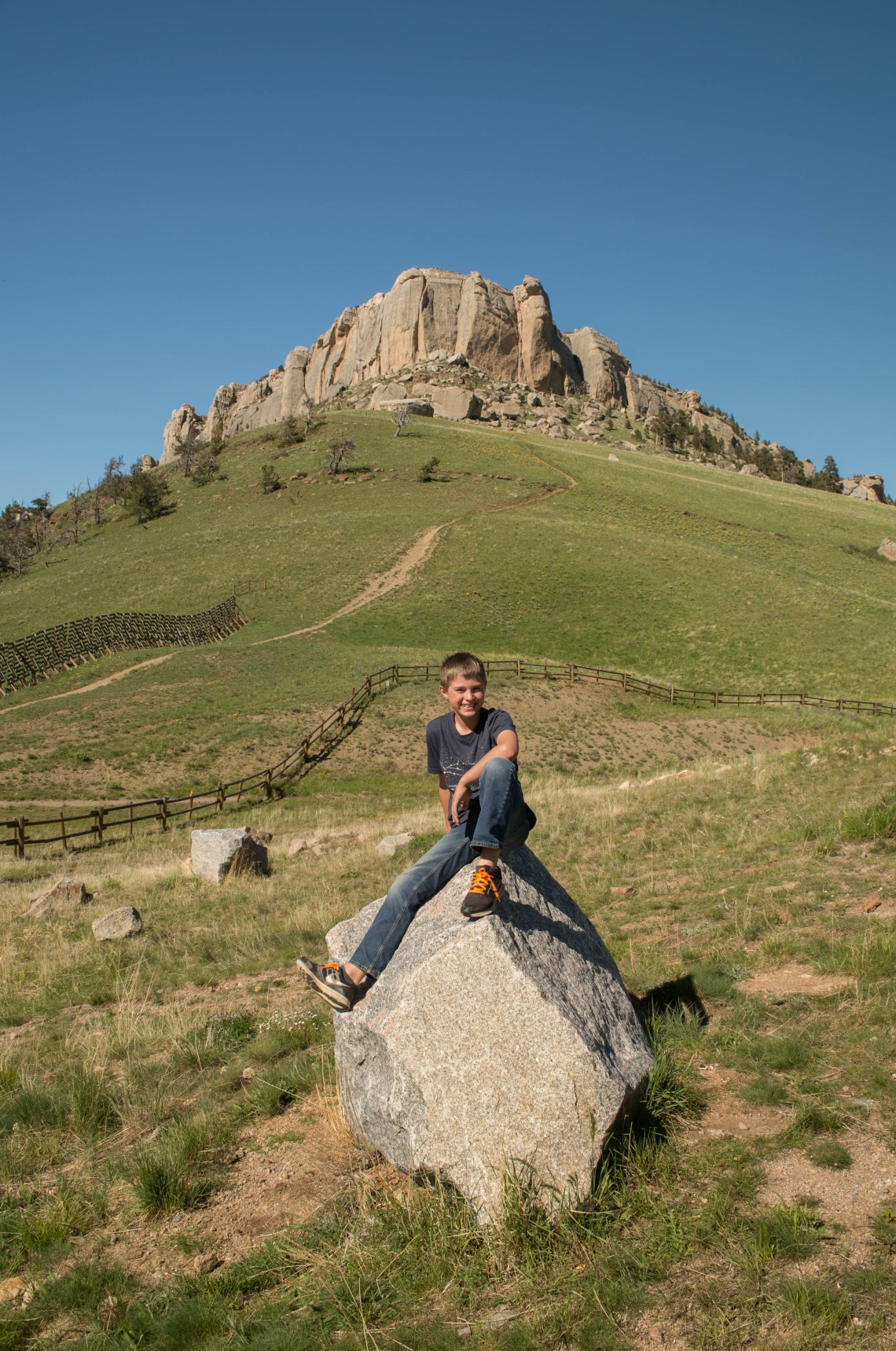