One of the hikes in Zion National Park that we wanted to attempt was called Angel’s Landing. I had read enough blogs on it to know that it wasn’t safe for River and Micah. The only way we could do it was to take turns. I sent Erich first, with Asia and Jake, in case the weather didn’t permit a second attempt. They loved it and came back with pictures that looked like they were from another world. All three of them raved about how high it was, how crazy the switchbacks were, and the adrenaline rush that came from climbing the infamous “chain section.” I was game, and couldn’t wait to check it out for myself. The next day, the weather was even better and Asia was determined to join me and do it a second time. I was thankful for the company and we set off while Erich hung back with the other three. I won’t lie, the first set of switchbacks were so steep, it was like climbing stairs that had been paved over. Then there was a reprieve as we hiked along the bottom of the wall in Refrigerator Canyon, the shade cooled the temperature by at least ten degrees. Then came Walter’s Wiggles, the second set of switchbacks named after the first superintendent of the park who began the work of constructing the path to Angel’s Landing. There are twenty tight switchbacks, after which you finally arrive at Scout Lookout. It is at this junction that many hikers take one look at the next segment of the hike, decide they want to live and not die, and head back down after enjoying the view. We grabbed ahold of the first set of chains and pressed on in anticipation.

It was at this point that I began questioning some of my parenting decisions as I tried to control my mom brain and it’s tendency to visualize worst case scenarios everywhere I go. I know I’m not the only mom that does that. Right? Please tell me I’m not. Over the years I have learned to differentiate between fear and a warning from heaven. You know, that caution in your gut that tells you something is about to go wrong? I didn’t have that this time, so I resisted the fear and we continued. The rest of the trail was not for the faint of heart. It was perilous to say the least, with some sections that were only a couple of feet wide with thousand foot drop offs on either side. I loved every minute of it, except the ones where I would see the expanse of the canyon directly behind Asia and the fear would creep back in. No, not creep, it was more like an assault on my mom senses. Thankfully, I recognized it for what it was and I refuse to let fear control my life. I know as a kid I put my mom through the ringer with all the crazy things I wanted to do, so now I guess it’s payback. I think every one of my four kids throws caution to the wind when it comes to taking risks. My job isn’t to keep them safe in the nest forever, but to prepare them for life and to teach them to fly. And, hopefully to listen for and recognize, that still small voice in their heads when the danger is real, and the Holy Spirit is sending them a warning.

Back to the hike, unfortunately it was a Saturday, and super busy. We spent a lot of time trying to find somewhere to step to the side, clinging to a chain, as we let climbers pass us going back down. Most of the trail was only wide enough to be safe for one person at a time. It took us a long time, but we finally made it to the top. It was the most rewarding summit experience I’ve ever had. We were both alive to tell about it and the most sore place on my body was my face. Seriously, I couldn’t stop smiling. It was such an exhilarating experience. The adrenaline, the astonishment at every new challenging ascent, watching all the reactions of the different people on the trail. There were grown men clinging to the chain as though their life depended on it, which I guess it did. There were boyfriends comforting their girlfriends and coaxing them on, girlfriends trying to be brave and not cry in front of their boyfriends. People turning back and trying to blame it on the crowds. And then there was Asia. Doing it for the second time, with a cheesy grin on her face that looked a lot like mine. As we headed back down the crazy chain section, pride replaced the fear, and thankfulness set in. How blessed we are. Not only do we get to live this amazing life, but we get to share it with these incredible little people that God placed in our care. I hope we are teaching them not to be reckless, but to take risks, to be brave, to attempt the impossible, and to appreciate a good challenge.

Lessons for today: switchbacks don’t always make a hike easier, smiling hurts, and the chains in our lives aren’t always a bad thing. 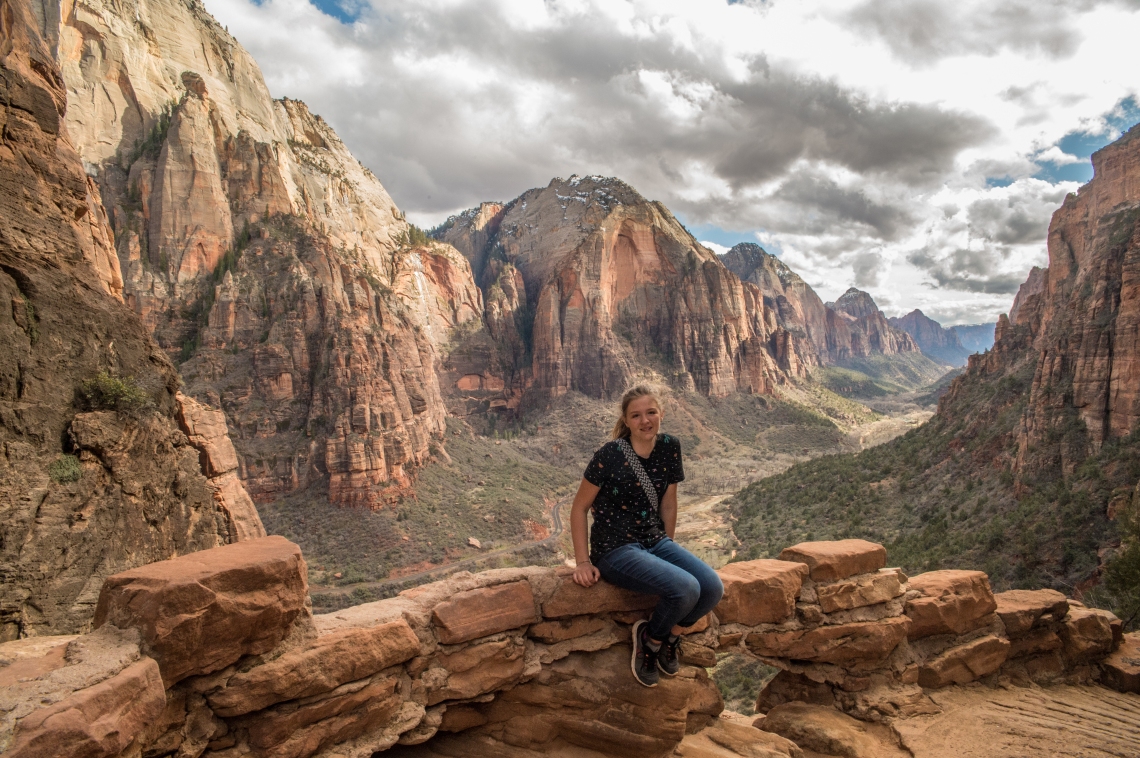 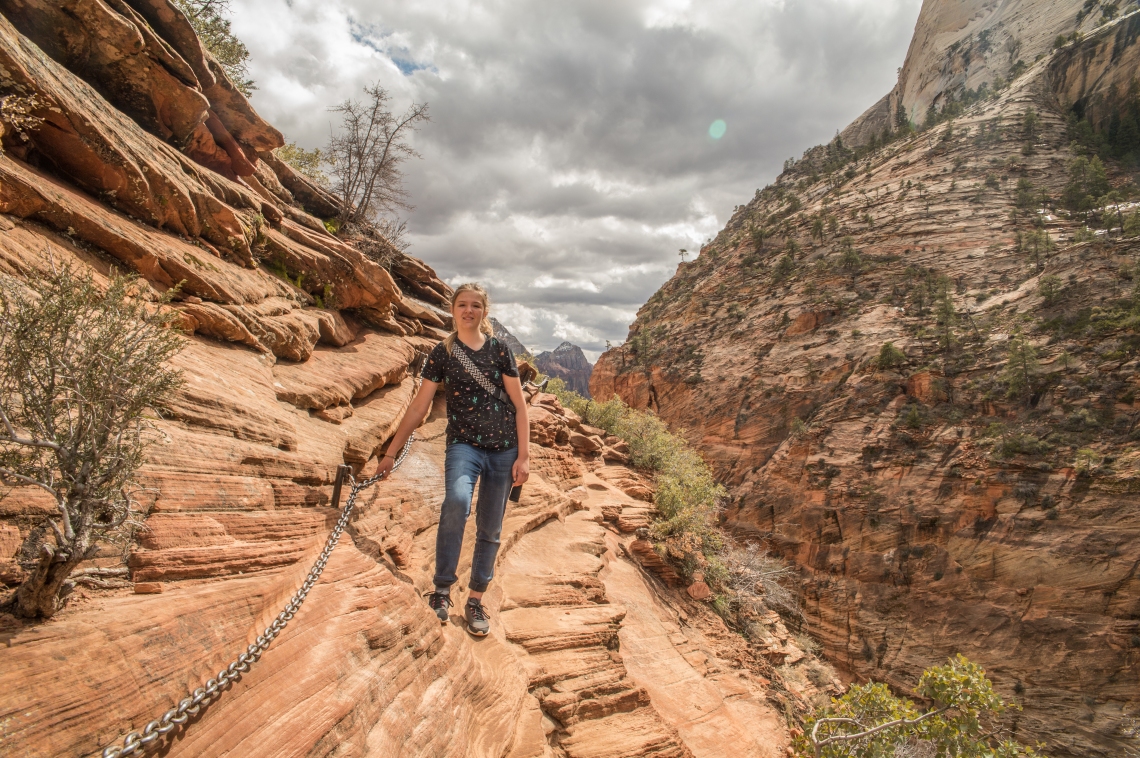 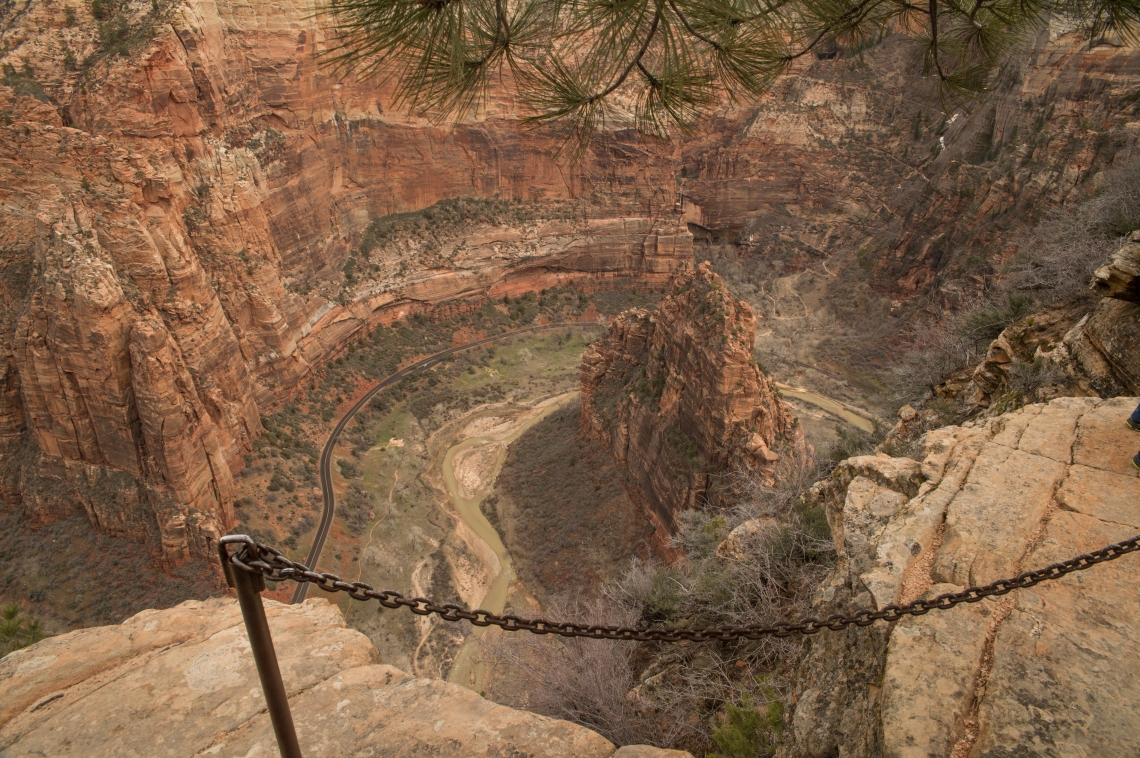 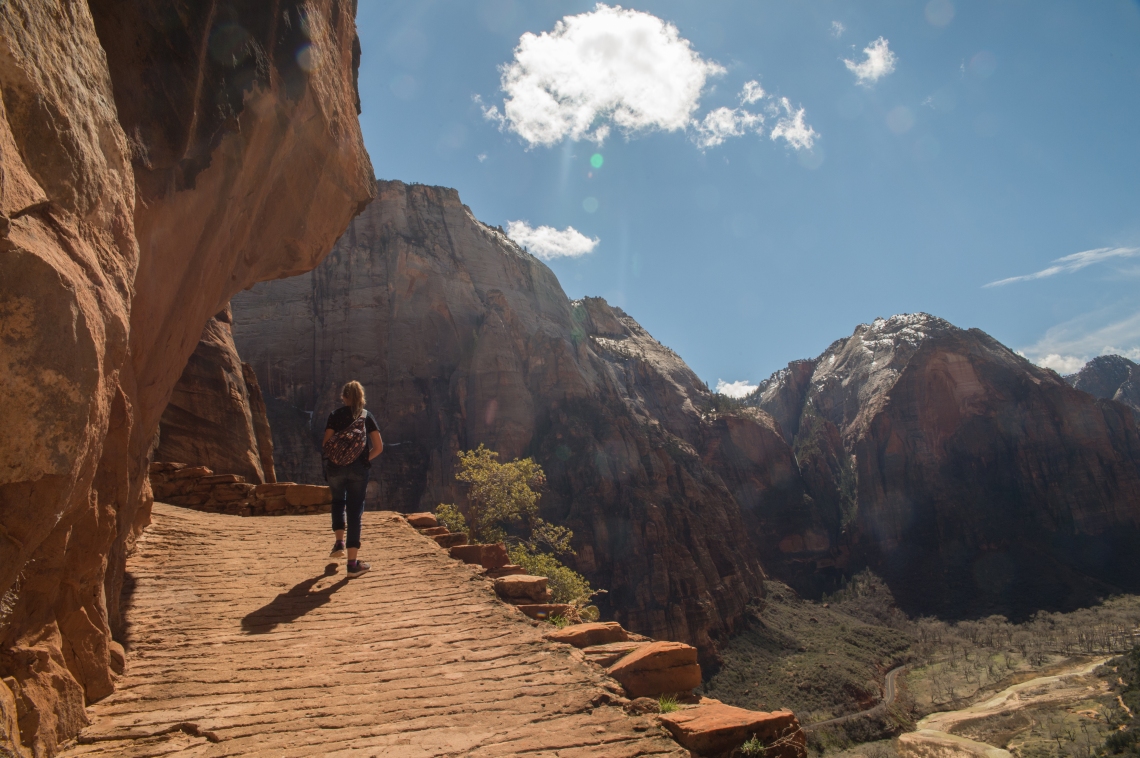 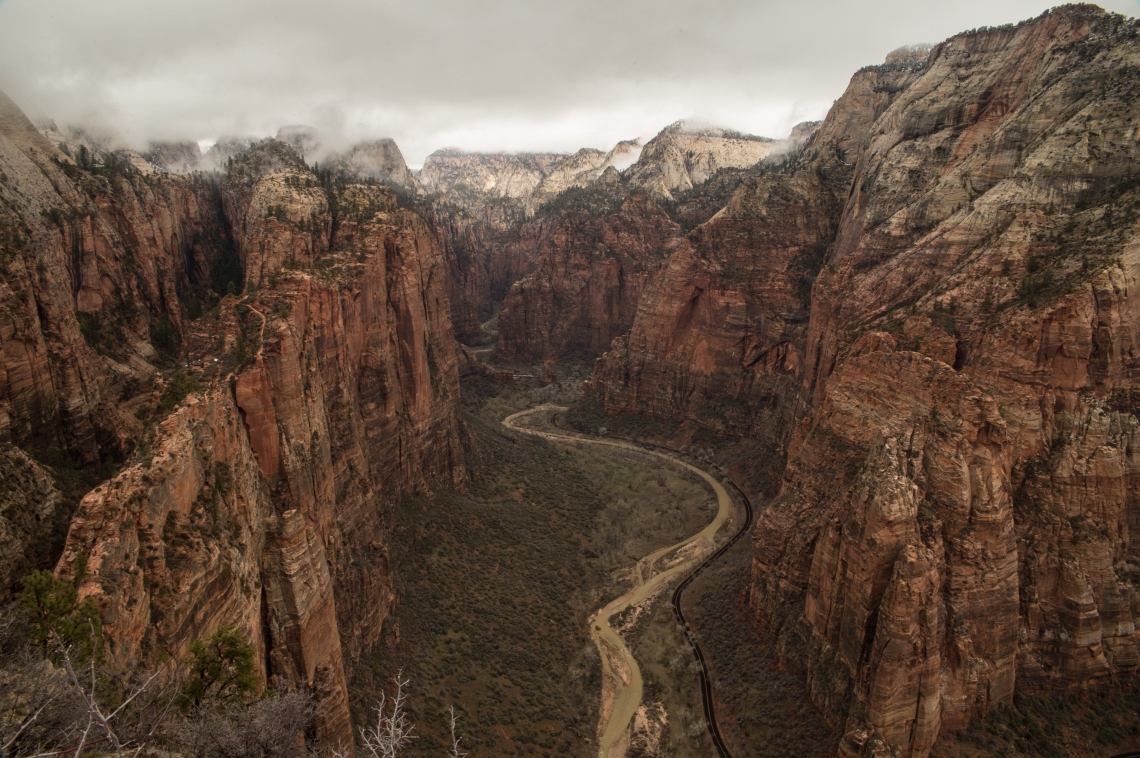 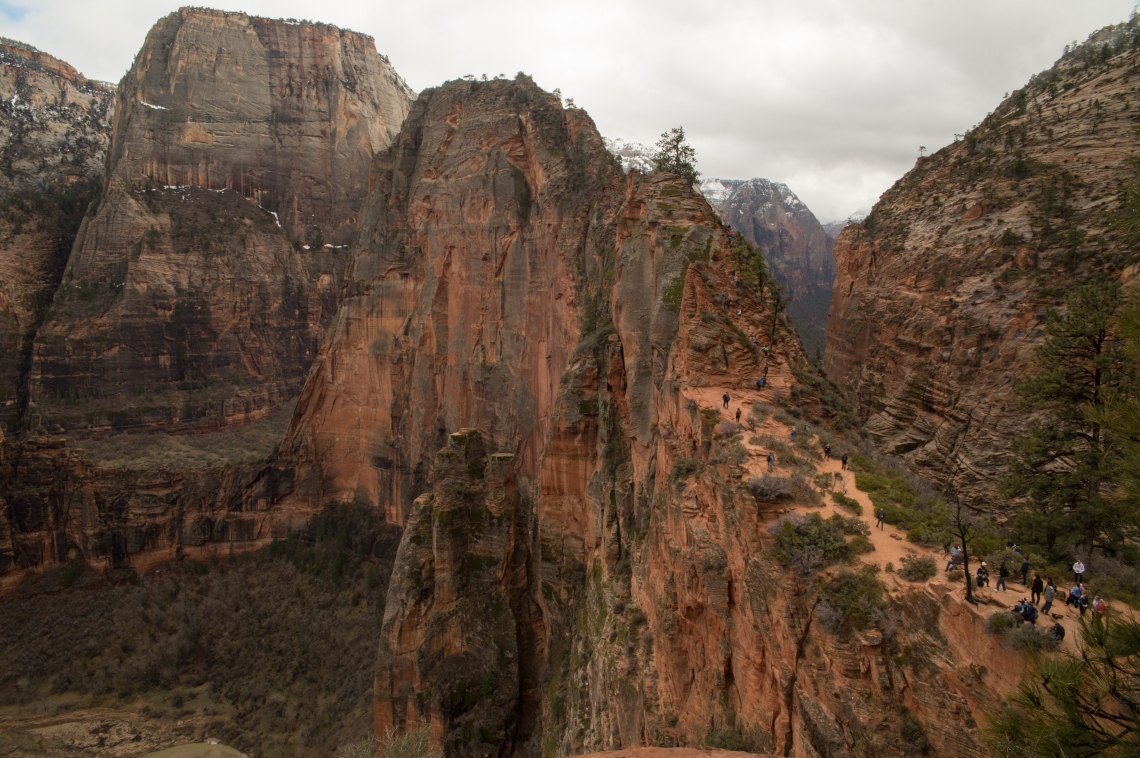 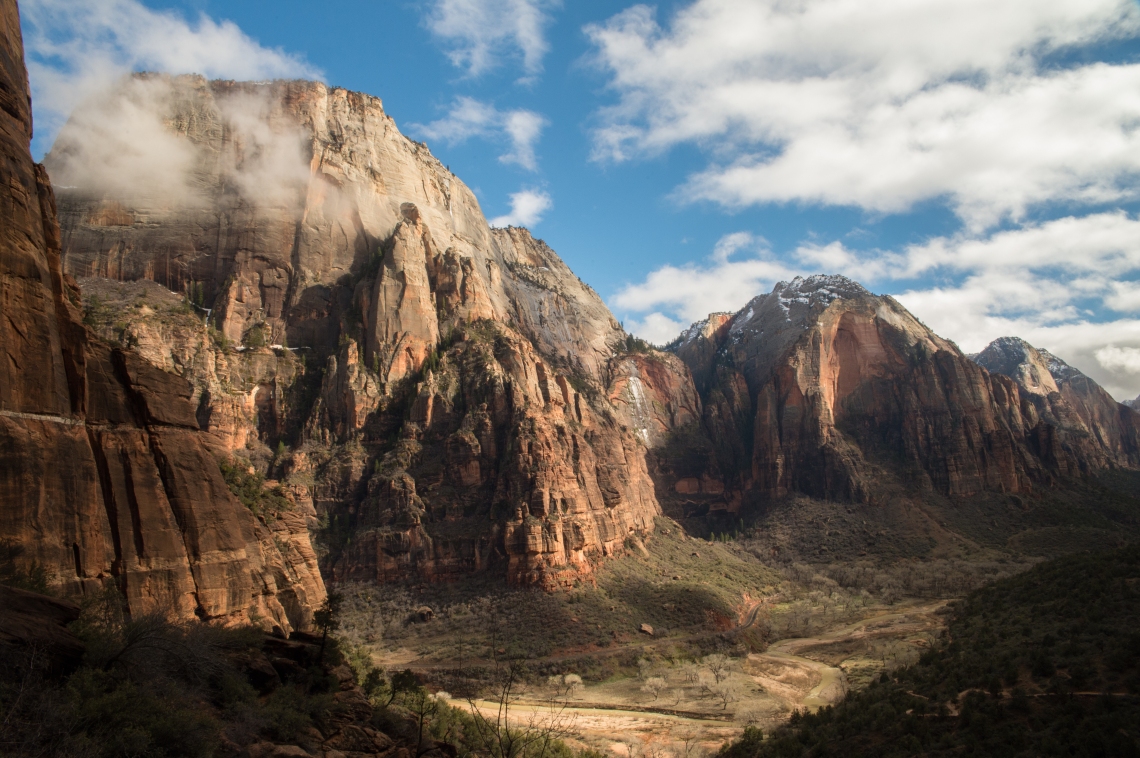