A week after Erich’s parents and niece visited, our good friends from South Carolina flew out for a visit. Erich has known Bob and Linda since he was a teenager and they have been a part of our families life since we moved south in 2009. They arrived in Tuba City on a Saturday and stayed in our “guest house.” On Sunday, we all headed to an Airb&b in St. George, Utah where we enjoyed spreading out a bit while Bob and Linda visited Zion Canyon for their first time. The next day we explored the Dixie National Forest and revisited Bryce Canyon. The first time we had visited Bryce, there was too much snow to allow for hiking down into the canyon. This time, it was HOT. We enjoyed a hike to Queen’s Garden through all the hoodoos and rock formations. It was a totally different perspective! Even though it was a super hot and steep hike, we were all really thankful to have been able to come back and explore the canyon a little more. It really feels like another planet down among the hoodoos! The next day, on our way back to Tuba, we stopped and showed Bob and Linda the Moqui Sand Caves, one of our favorite spots in Southern Utah. The rest of the week we did a lot of chillin’. We visited the dinosaur tracks just outside Tuba City, which was AMAZING. We have stopped and seen several dinosaur tracks on our adventures, but these were by far the best! There were also fossilized dinosaur bones everywhere you turned and we had the sweetest Hopi guide named Bertha. Her family has owned and guarded the land for generations and she was so proud to show us around. On another night, we decided to try star gazing at the Grand Canyon and set out to get there in time for the sunset. We found a great spot along the rim of the canyon where the sun set opposite us. It was spectacular. We hung out along the rim, hoping to see the Milky Way after nightfall, but hadn’t considered the brightness of the moon that night. We didn’t see anything amazing in the sky that night, except the moon, which was bright enough to light our way without any flashlights. After a rather lonely contract in the Navajo Nation, it was really fun to have so many visitors from home. Bob and Linda are like a third set of grandparents to our kids and we all thoroughly enjoy spending time with them. 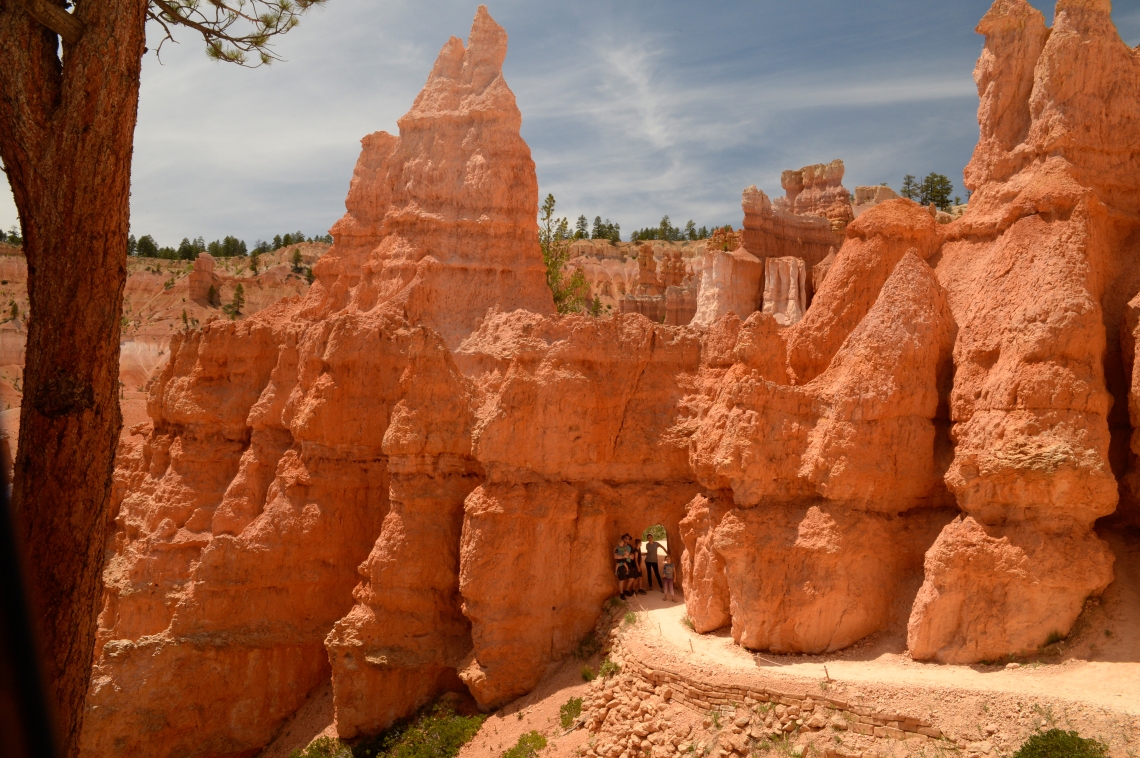 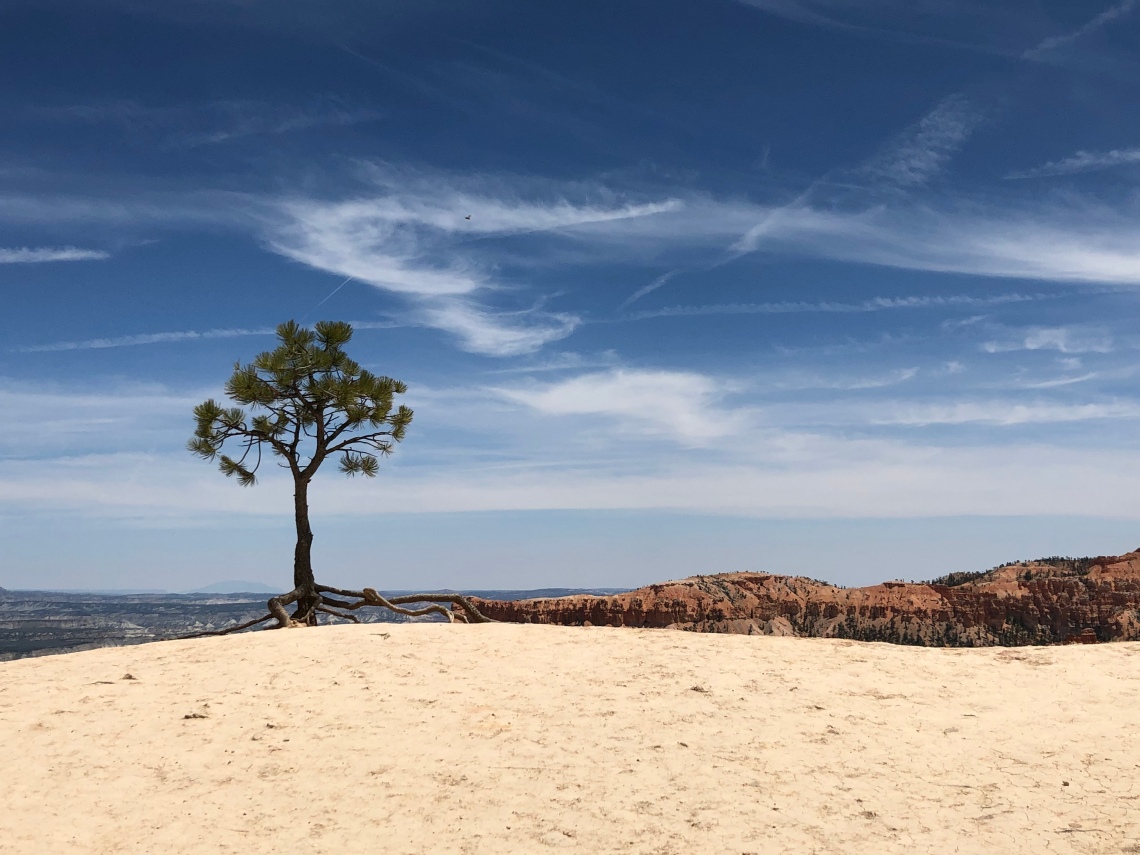 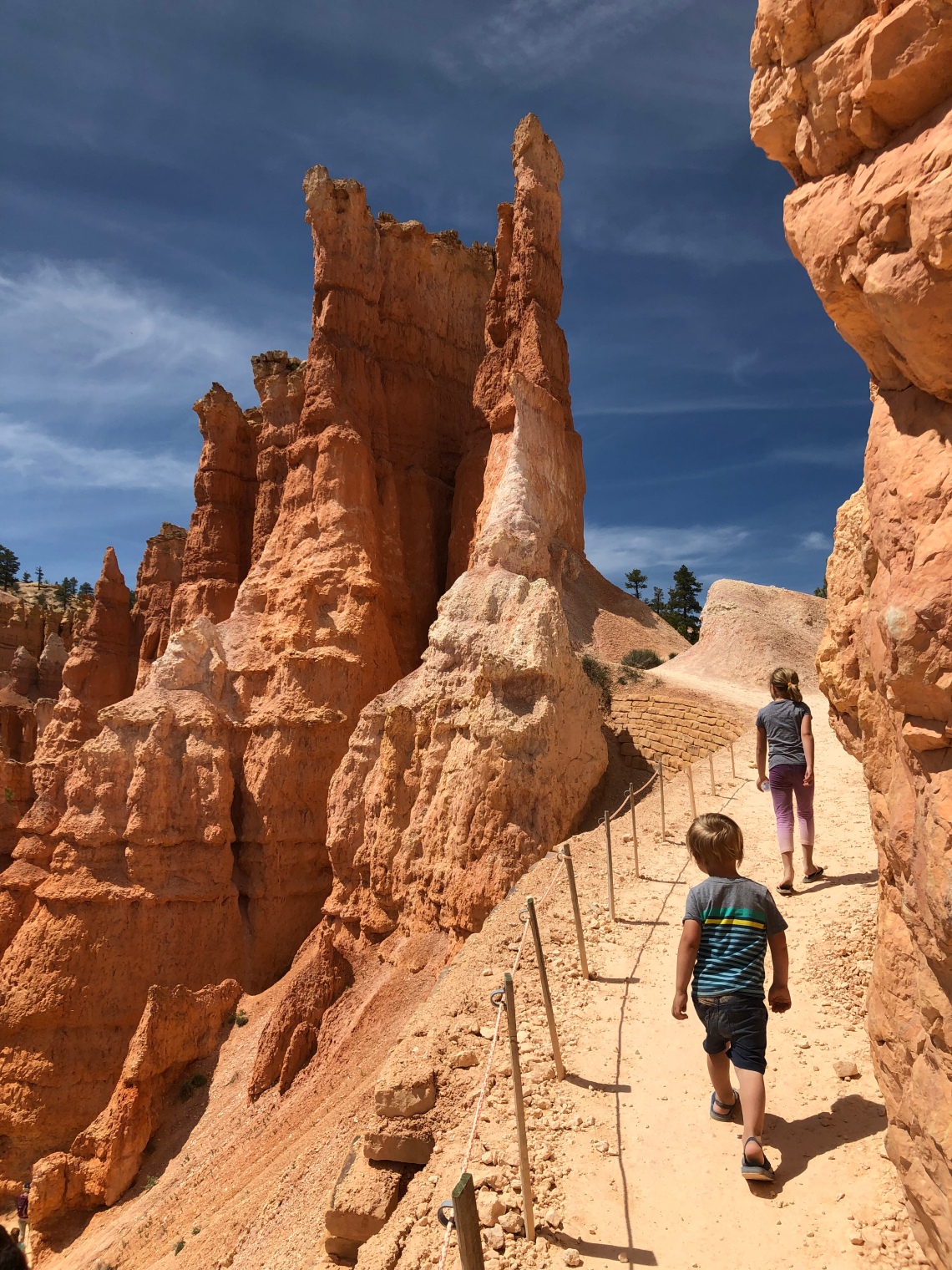 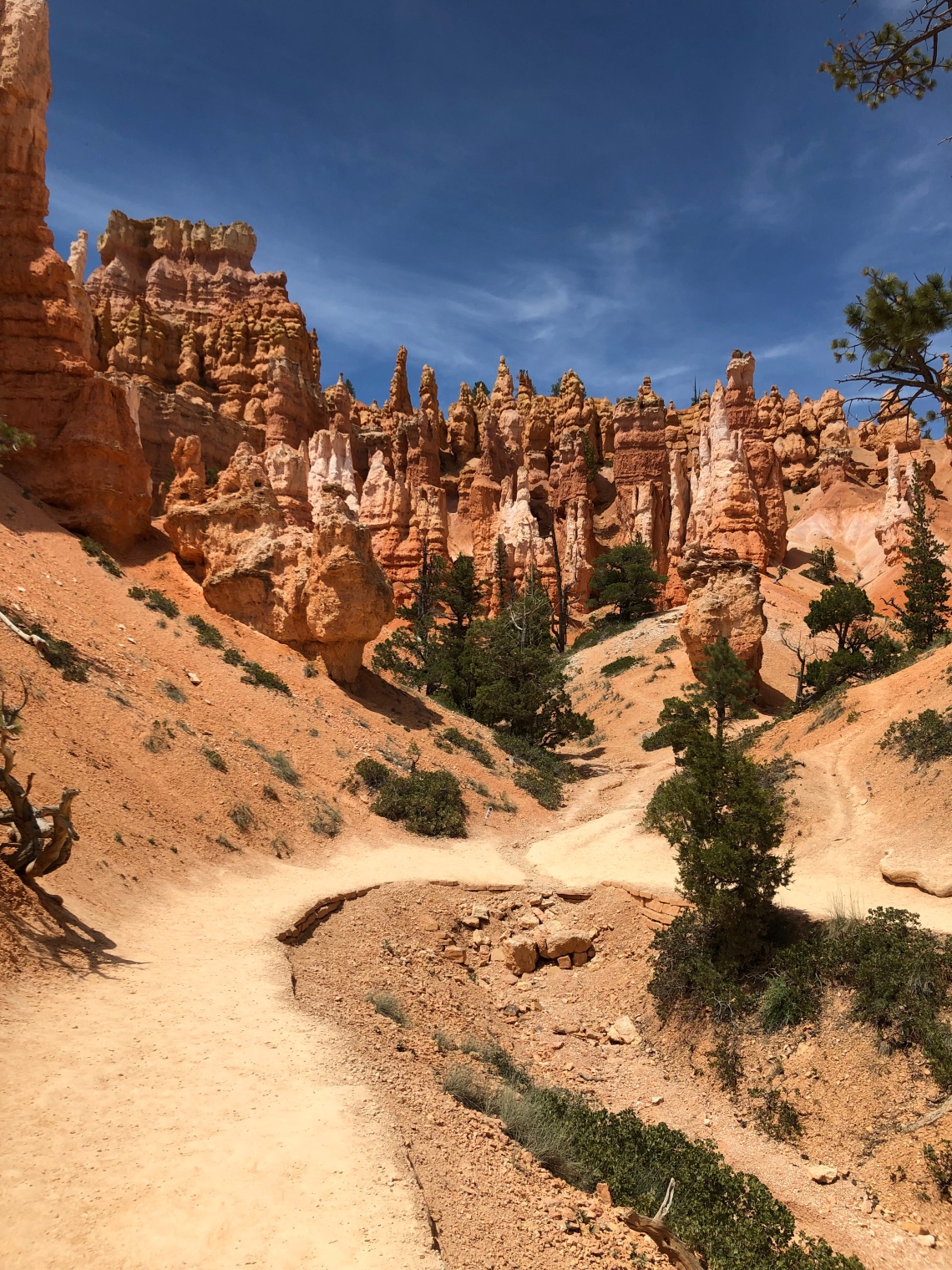 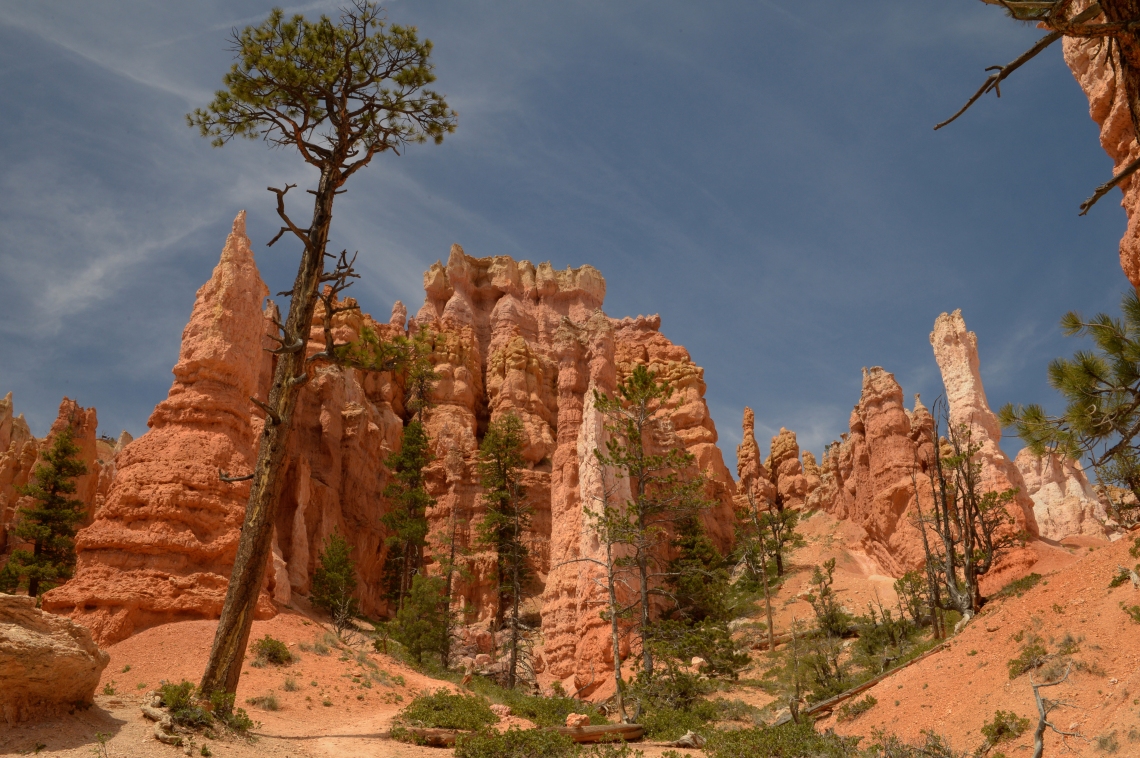 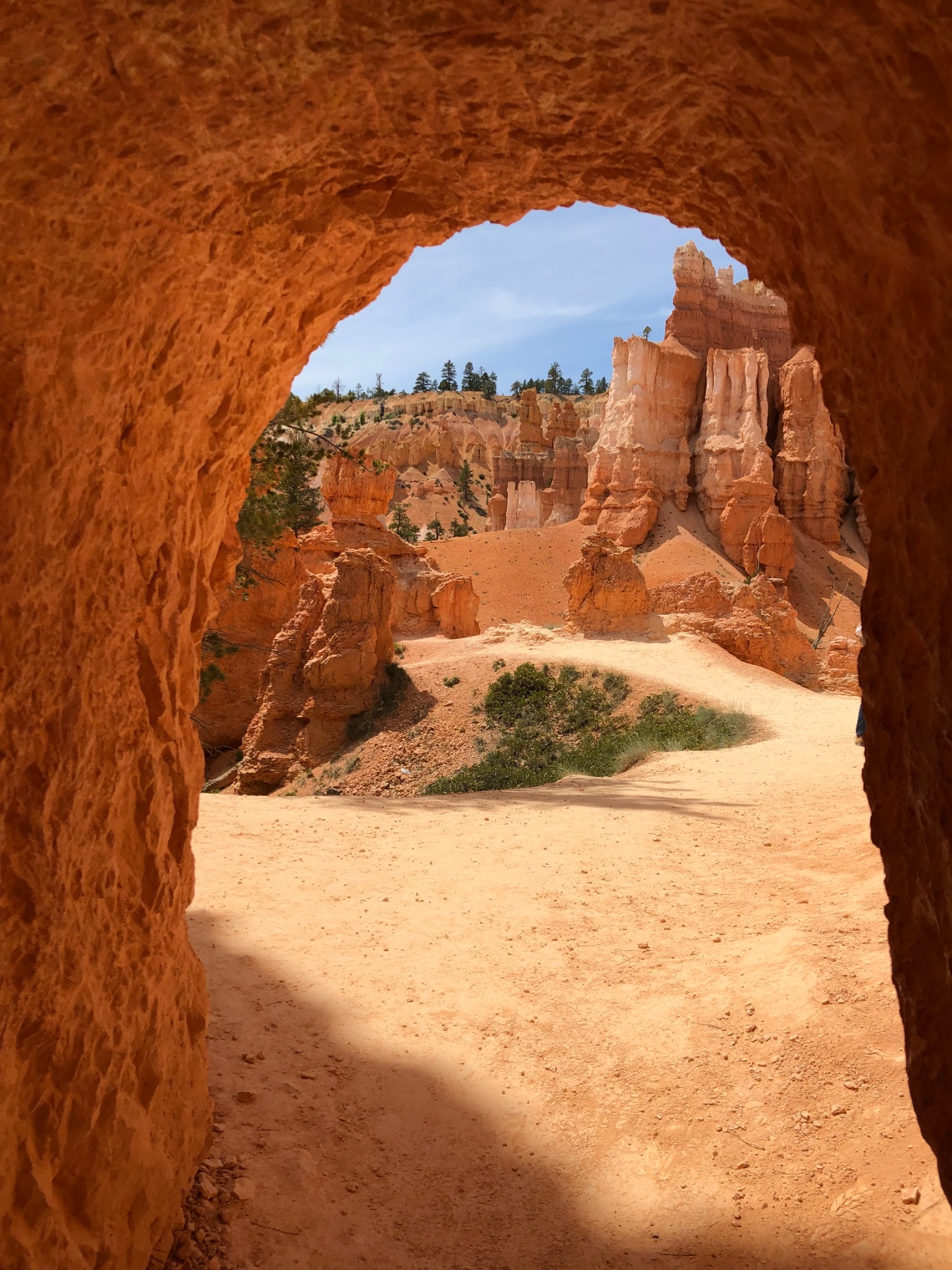 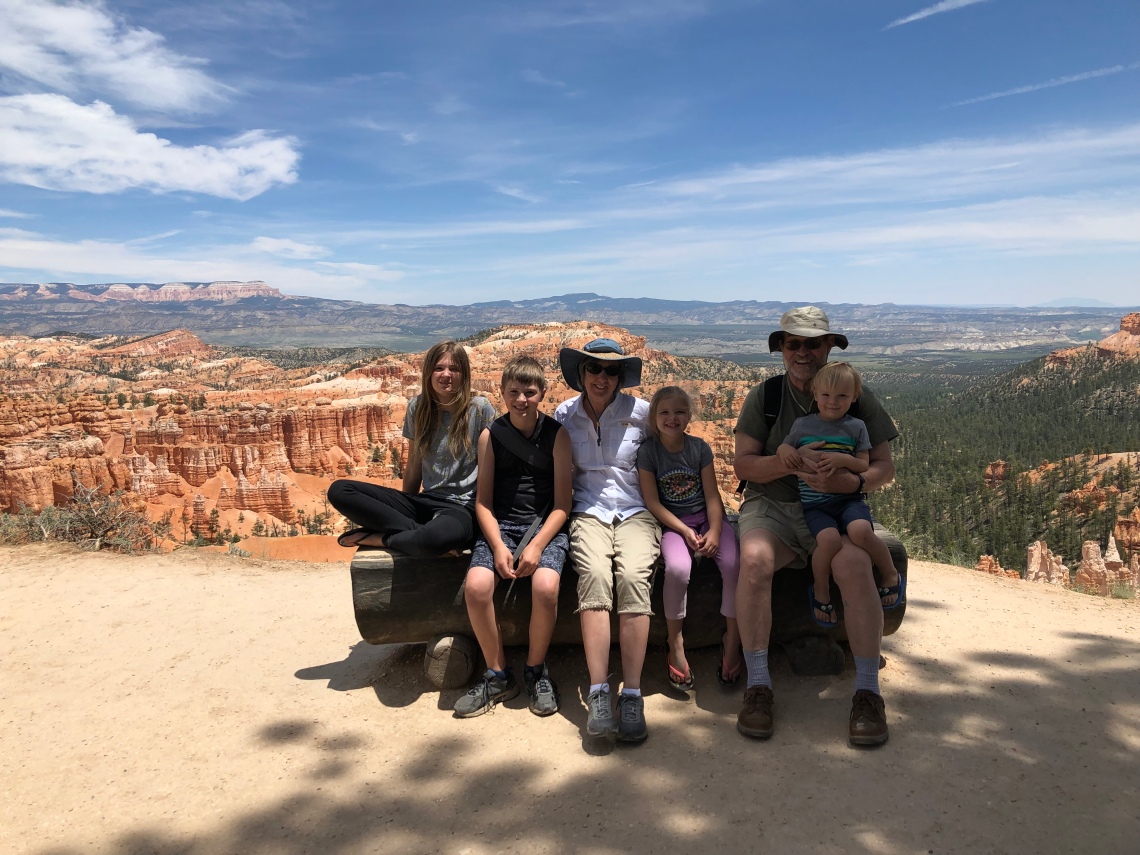 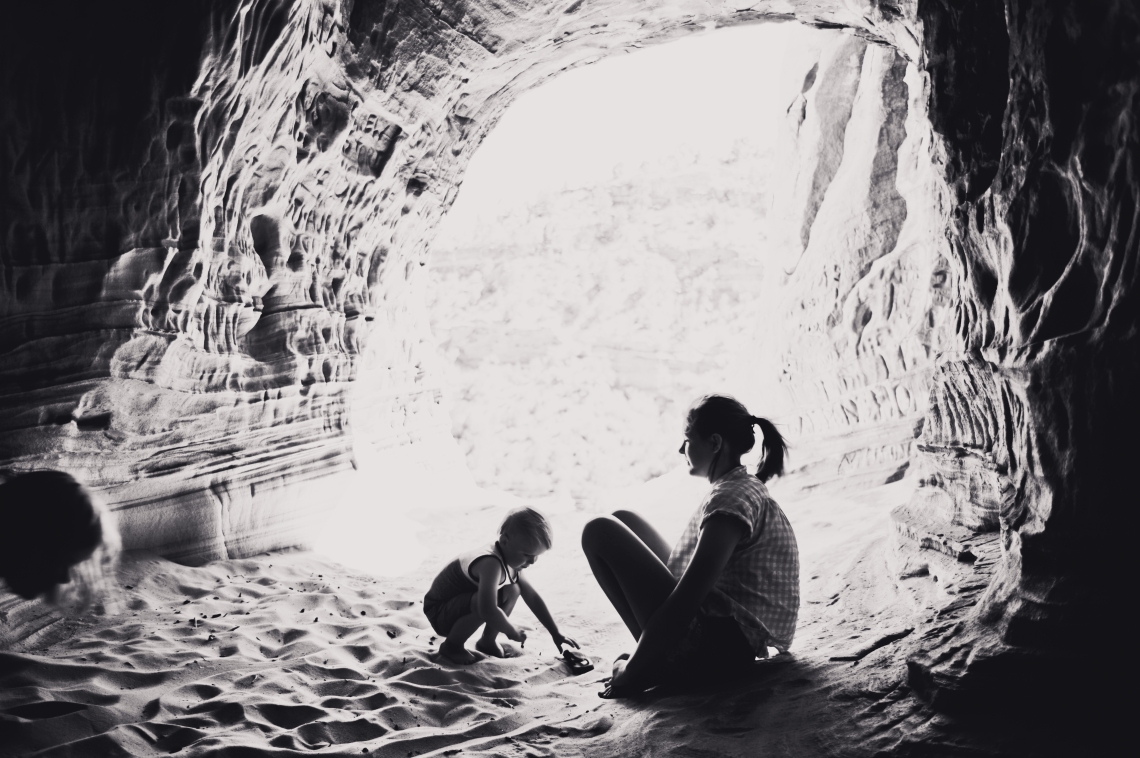 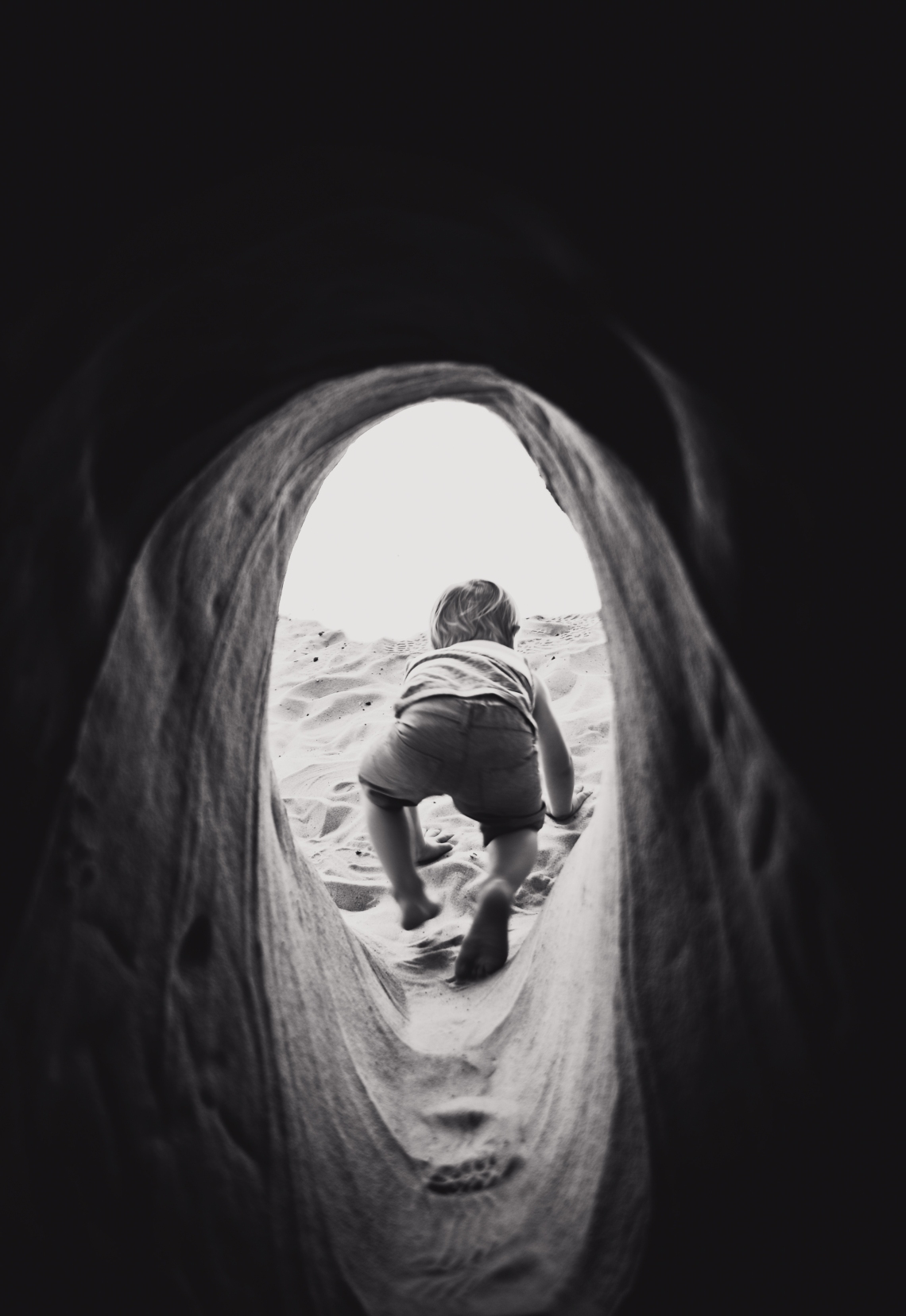 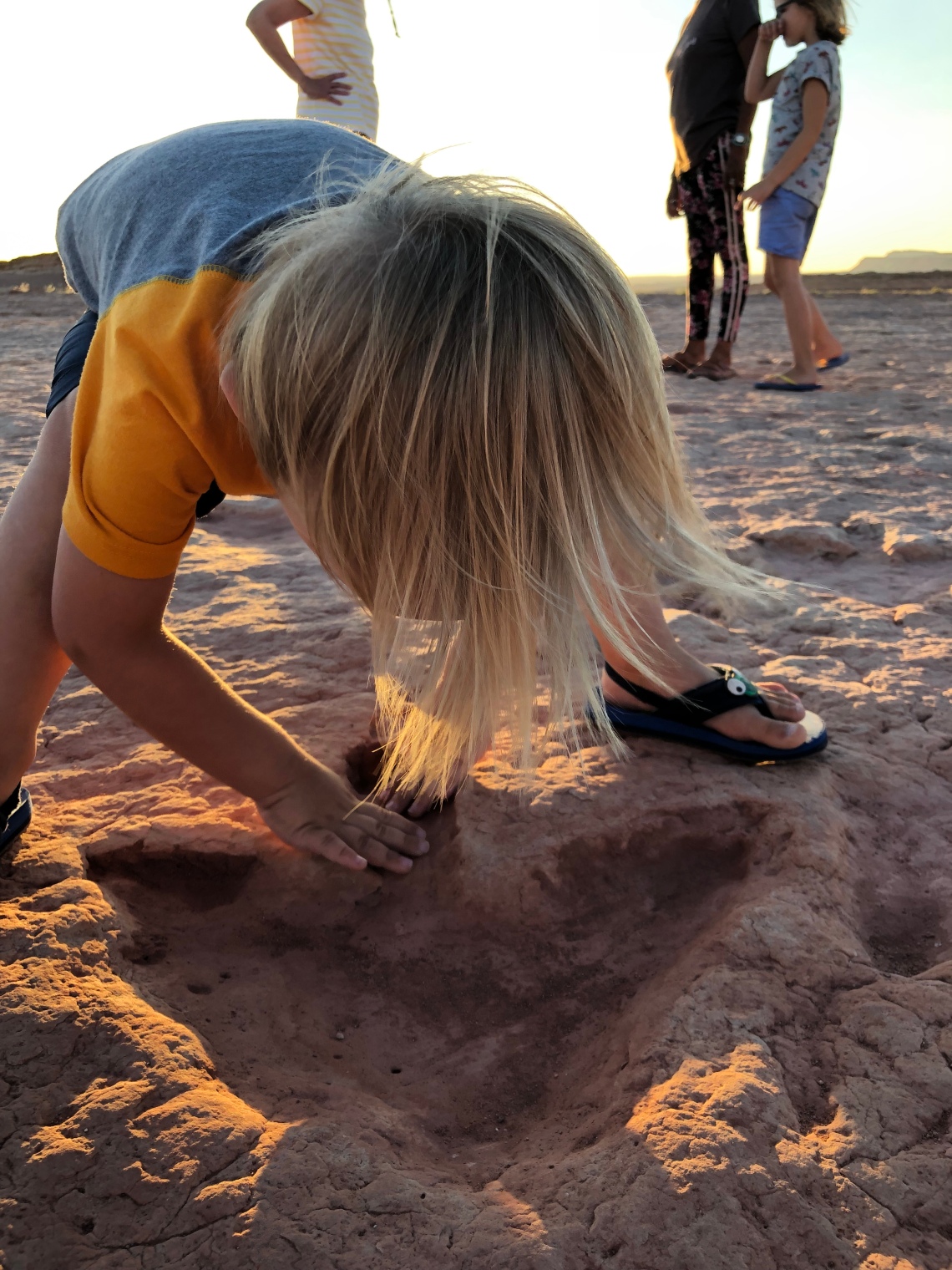 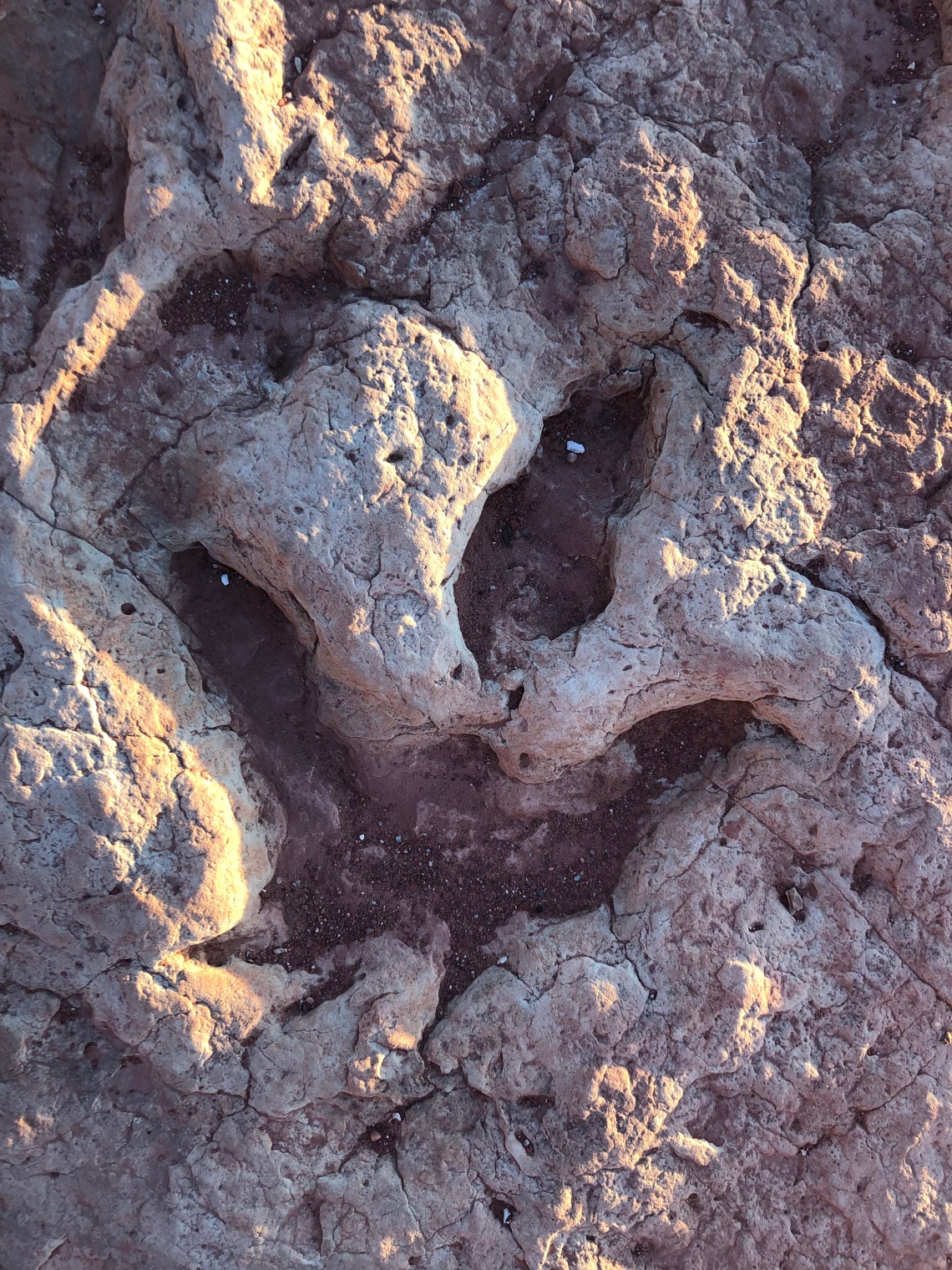 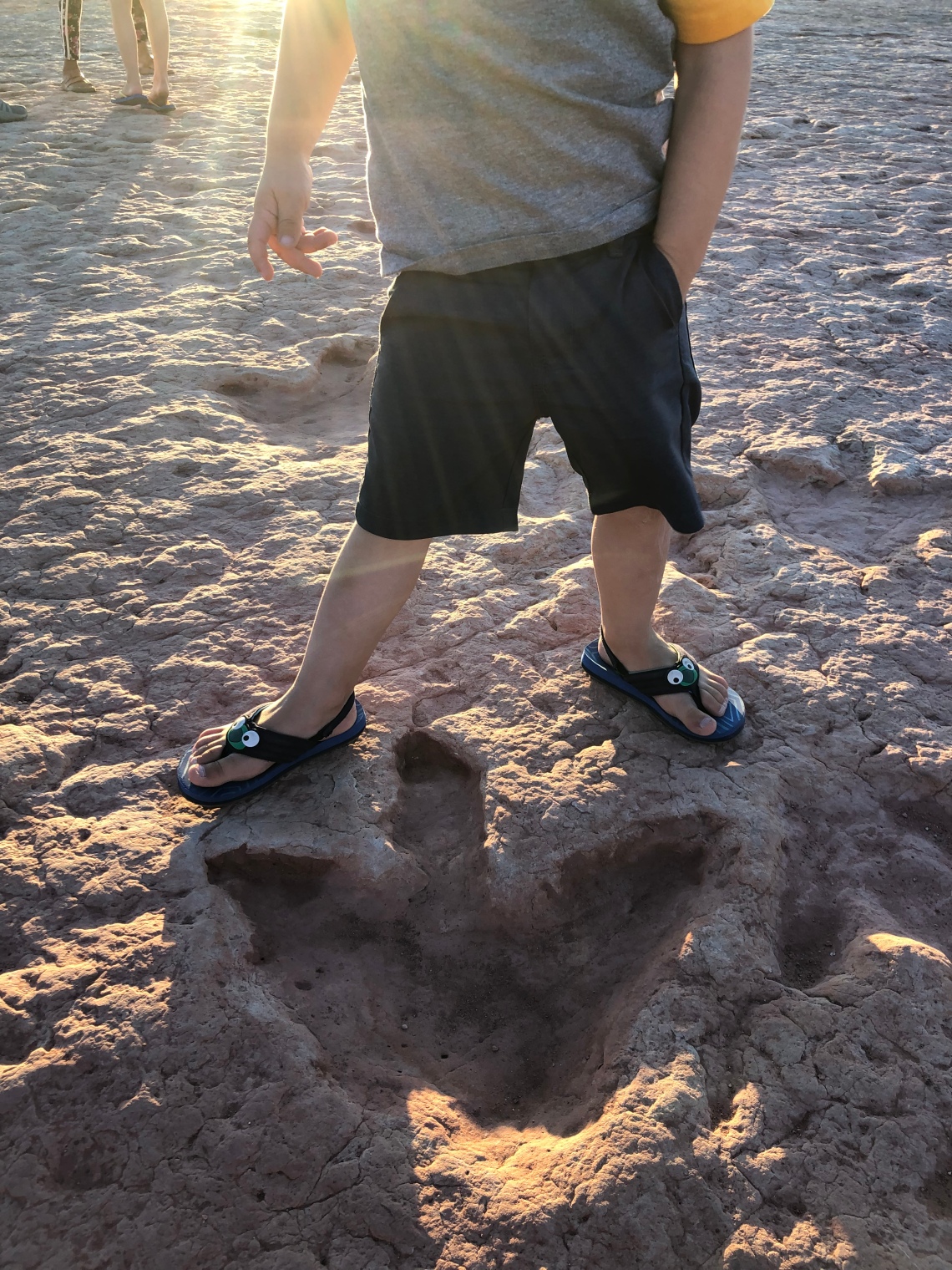 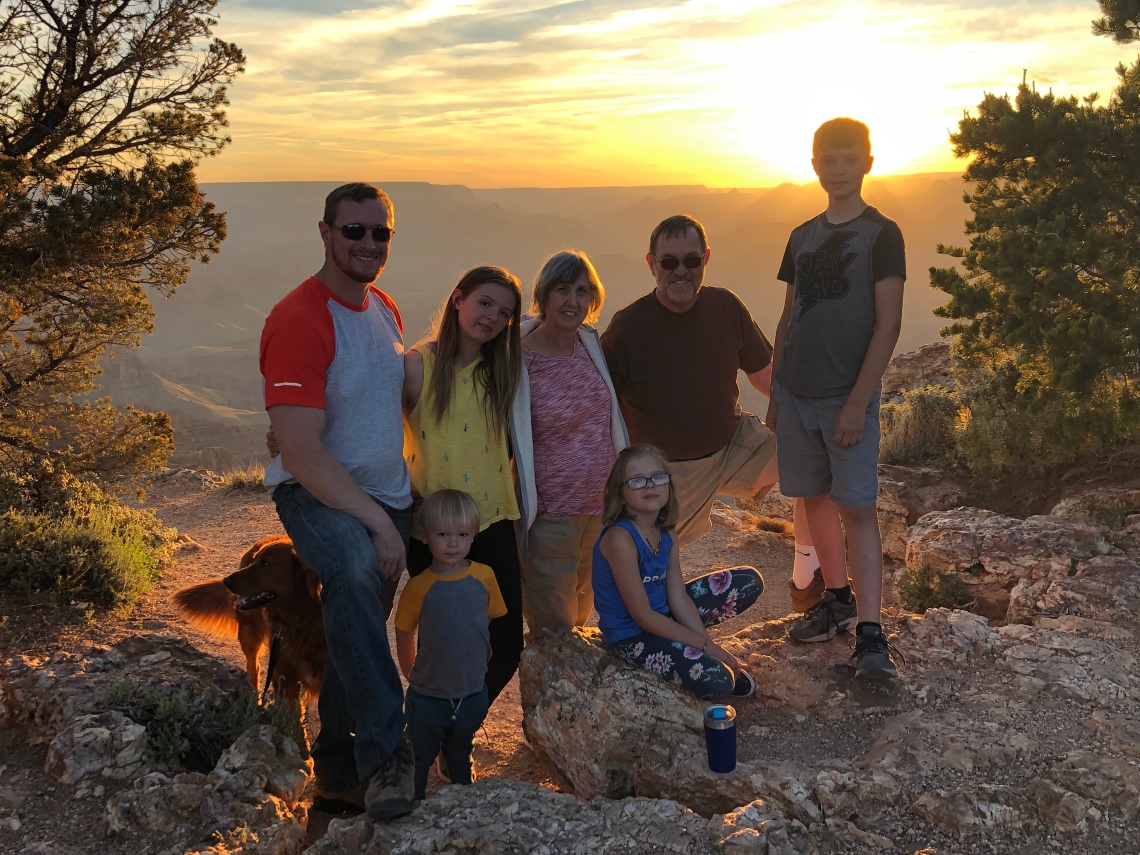