Since our first trip up Beartooth Pass got cut short, we decided to give it another go last week. It was much warmer than the previous week and a thunderstorm was expected the first evening, so we decided to tackle a three mile hike to Twin Lakes, near the summit of the pass, early in the afternoon. We started out and realized the trail was unmarked. The AllTrails app’s GPS worked off and on, and it was a wide open space so we could easily see where we were. We were able to map out where the trail was suppose to be, but it was brushy and mushy from the recently melted snow. The damper it got the more mosquitos emerged. We tried  our doTERRA bug blend. It didn’t work. Erich said he thought it was just adding a little flavor to the mosquitos’ meal. (Sorry doTERRA friends, don’t hate us!) But, it was 360 degrees of incredible views, so we pressed on. As we approached the lake, the bugs got so bad, we couldn’t stop moving. It was pretty horrible. We stopped to appreciate the view for a minute and turned around to head back. That’s when the thunder started rolling in. We could see the rain clouds forming in the distance. We tried to hurry up the nearly vertical incline, but the air at 10,000 feet is pretty thin, we were all panting much like Cooper. Once we hit the open marshy area, we could see where we knew our truck was, but couldn’t find the “trail” and ended up with very wet feet. The thunder got louder and we tried rushing the kids best we could. That’s when the rain started. Big huge drops that turned into hail, pounding the back of our icy cold necks. Talk about laughable misery. Just when you think it can’t get worse, right? A hot, bug infested hike ending in a cold, wet, icy thunderstorm. I guess the weather is pretty unpredictable at 10,000 feet.

We’d had enough mosquitos and not a lot of luck in the Beartooth Mountains, so we decided to head down the road to Yellowstone. We picked up some real bug spray, camped just outside of the park, and were excited to see a huge herd of bison as we drove through Lamar Valley the next morning. Micah was very animated and couldn’t stop talking about the bison. Cooper was the same. Yellowstone was just as crowded as we thought it would be, so we headed up and out the North side. We had been told about a cool river nearby that flows underground and back out again, so we decided to go check it out. We found a great primitive campsite on the river where the kids spent the rest of the day playing in the water. The next morning we stopped at the waterfall/underground river. The viewpoints from above didn’t show as much as we wanted to see, so we hiked a trail leading to the bottom. It was pretty impressive and definitely unique. We were all hot and stinky, and sticky from the bug spray, so we decided to head home and shower up.

Life lessons this week: Wyoming mosquitos are Doterra fans, it’s hard to breathe at 10,000 feet, and I still love Wyoming. 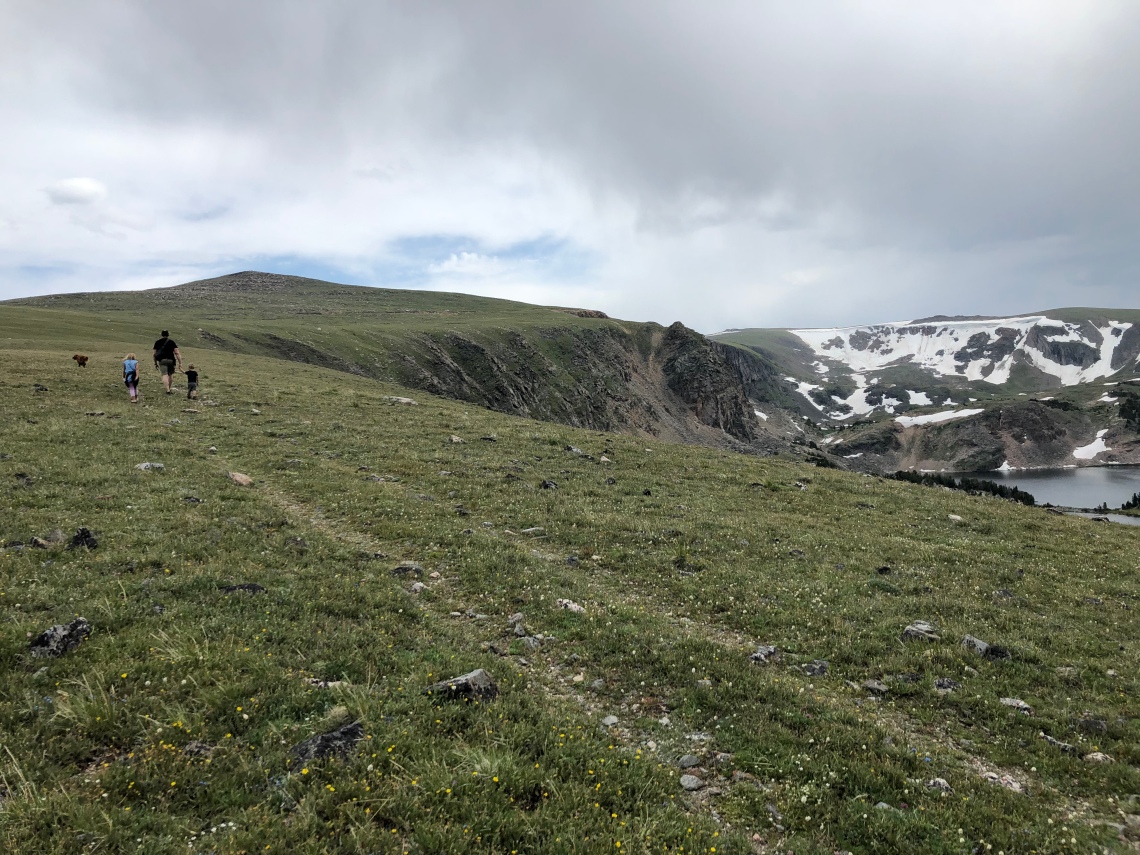 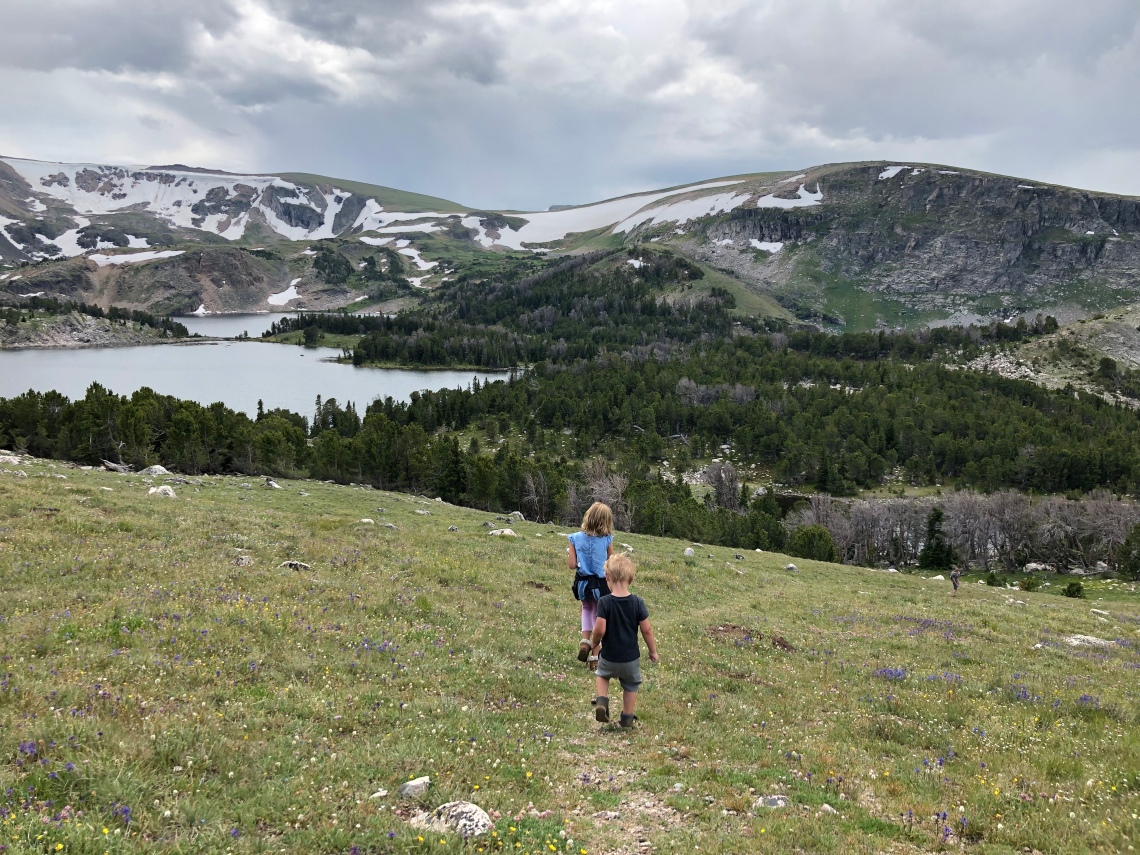 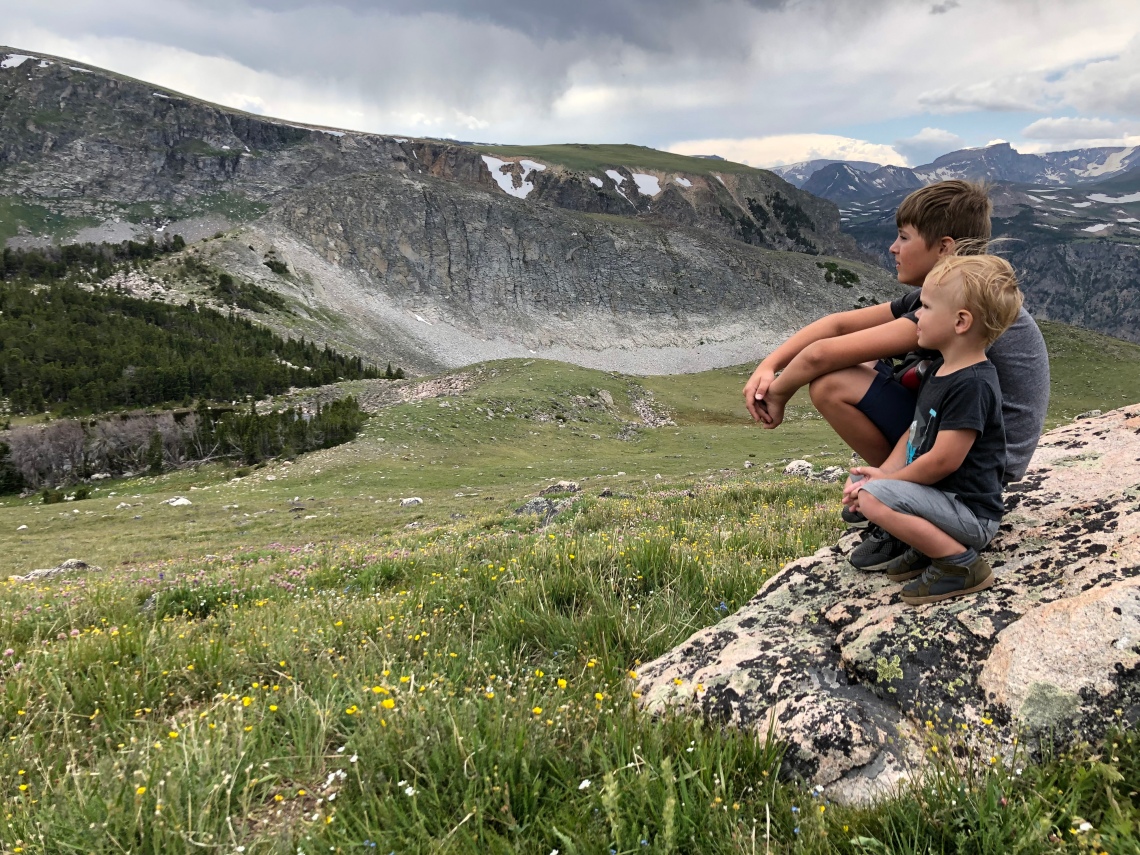 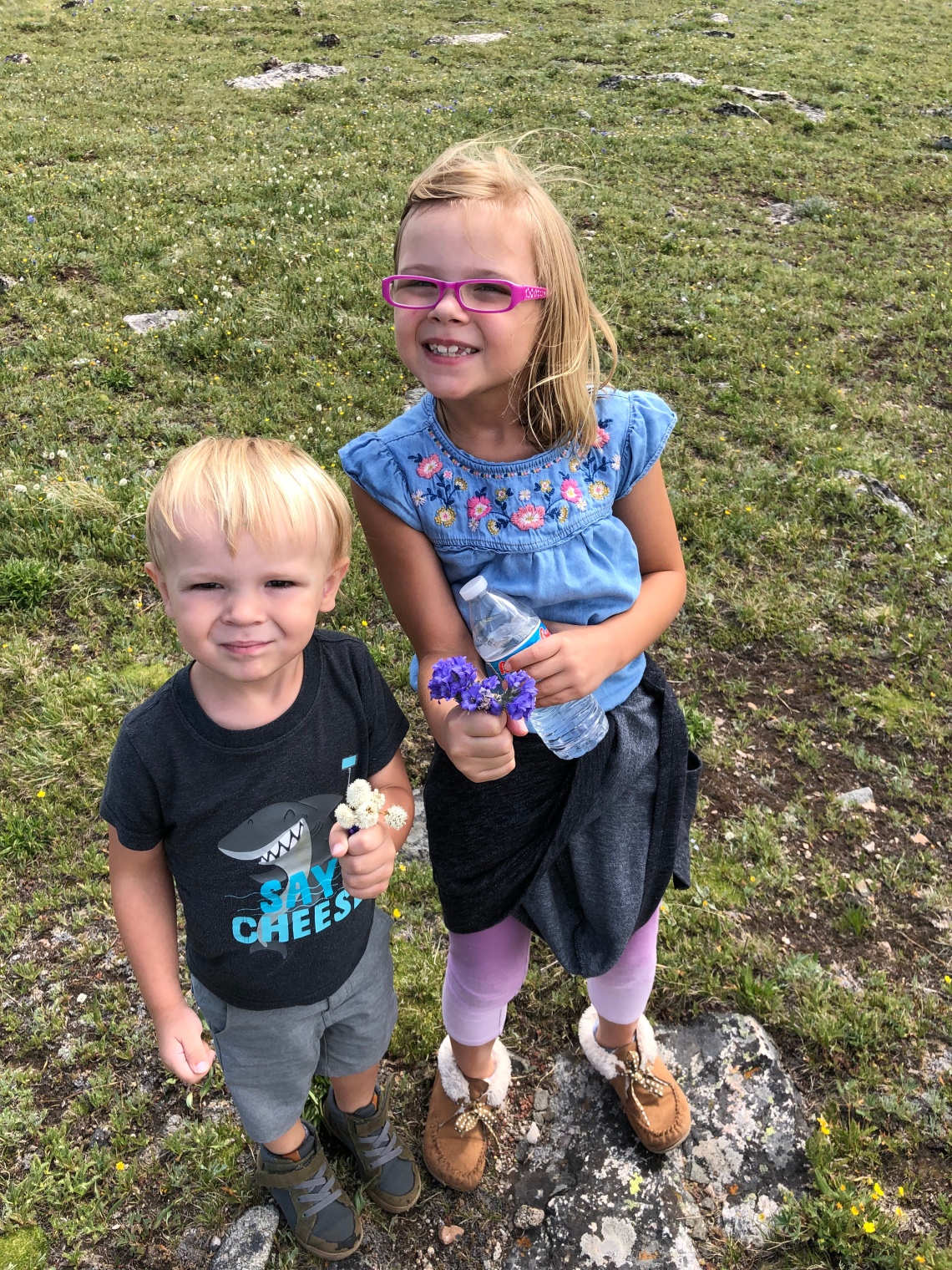 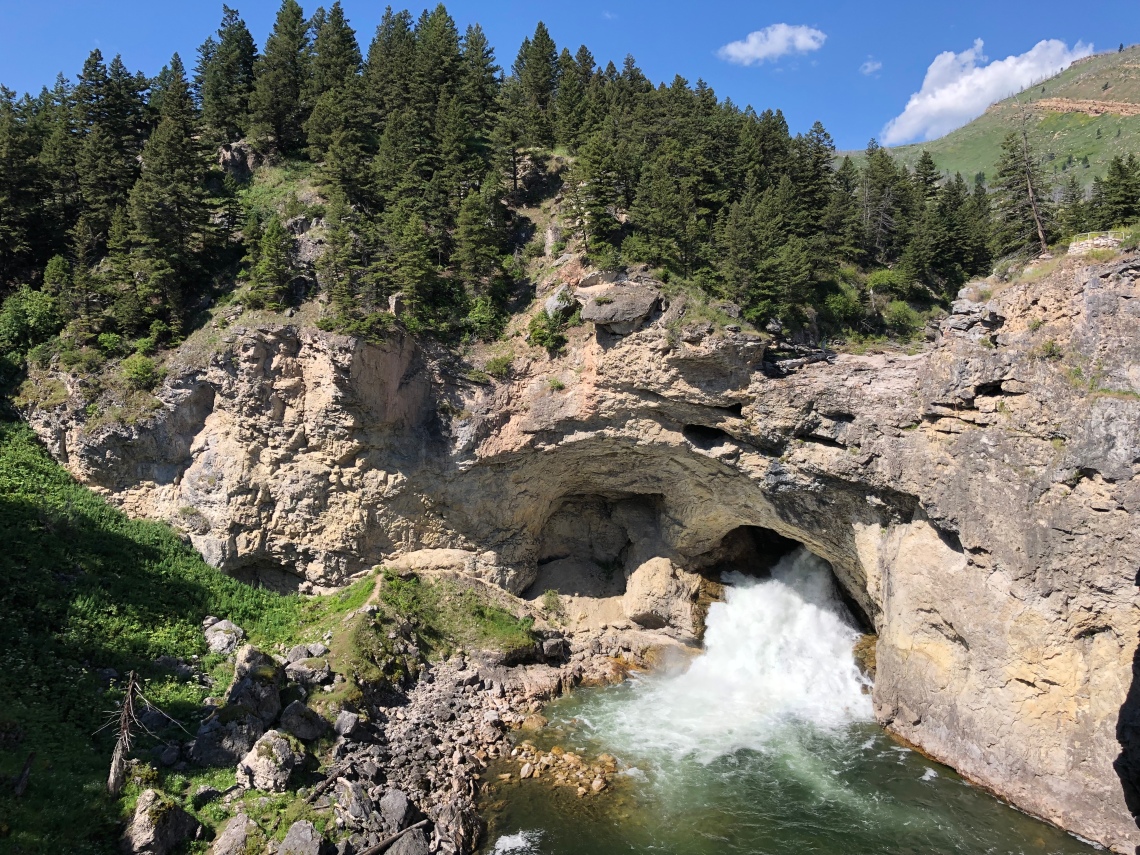