Back in mid April, I heard some noises in the kitchen of the cabin late one night. I thought, “Uh oh, I hope that’s not a mouse.” I stood in the middle of the kitchen for a minute listening and watching, but saw and heard nothing. The next morning, Jake showed me a package of English muffins that had been chewed on. We set some traps and went on with life as usual. Two days later, I was in the living room with Micah and a creature ran across the floor, hopped onto the arm of the couch, jumped across the walkway to the ledge of a gun cabinet and into a hole in the wall next to the door casing. Carrying a ziploc. With a big chunk of chocolate in it. I thought to myself, “That, was no house mouse,” and hoped Micah hadn’t seen it. He is still not a fan of all the deer heads mounted on the walls in the cabin. It was still hard for me to believe it was a rat. When I think of a rat, I think of the last time I saw one in real life, which was way back when I was in Egypt on a mission trip. Two rats ran straight up a cement wall in the courtyard of an apartment building where we were visiting some people. They were like a foot long, with tails even longer. Actually, I guess I saw one when I went to the Ivory Coast in Africa too, but that one was on my plate. My buddies, Dan and Mandy, and I decided it would be fun to order rat. I’m not sure which was worse, seeing it or eating it. But I’m all grown up now, and I didn’t want to do either of those things, so we set more traps and got some glue boards. The rats kept getting away with the bait and outsmarting our every move. Cooper, who would normally sleep on his dog bed in the living room, kept coming upstairs all flipped out and would no longer sleep downstairs at night. Then, early one morning, Jake went downstairs to use the bathroom and saw three rats take off in different directions, one of them brushing past his foot. That was it for me. I try to be cool, I try to not overreact, but… rats? Nope. And I haven’t even mentioned the termite infestation we were dealing with at the same time. We called Airbnb and arranged to get out of our contract, since the issue was not being resolved very quickly. We were supposed to be moving to a different rental in ten days anyways, so we made reservations at another Airbnb for six nights while waiting to get into our next rental early.

With the WuFlu situation, housing is tricky and there wasn’t a lot of availability, but we found a super cool stone schoolhouse turned into a home. The owner was offering a generous discount for nurses and we just wanted away from the critters. We arrived and it was beautiful! But, guess what we found in the kitchen sink? Mouse poop. The size of which only confirmed our suspicions that what we were dealing with at the cabin was NOT a mouse. I set a trap that night after everyone was in bed and by morning, had caught the mouse, which was apparently much less crafty than a rat. We found out we were the first guests of the season, and our reservation had been so last minute, that they hadn’t had time to prepare the house for us. So, there were dead bugs, and live bugs, the mouse, and the second night, something moving around in the walls. Something much bigger than a mouse. For the love!! My sister asked if we were listening to Alanis Morissette yet, hence the title of my blog. I’ve had the lyrics stuck in my head ever since. Thanks, Kari. “It’s like raaaa-e-aaain….”

Anyhow, the host was super nice and came out to see if he could find the critter. He and his son set up a zip line for the kids and the next three days flew by a little faster for them. The schoolhouse didn’t have tv or internet… so… that was fun. We never found any sign of the critter aside from the loud noises we heard at night. So, either there was something living in the eaves, or the house was haunted. I’m still not sure, but I was tired and ready to get into something more comfortable. We packed up on day six, but had some time to kill so we headed to town to check the PO box one last time and grab some groceries. Apparently, NOT going anywhere for almost two months left our youngest with an aversion to driving. He forgot how to ride in the car without vomiting. All over himself and his car seat. The last two times we have driven anywhere have ended on the side of the road with all the kids bailing out as fast as they can before they lose the contents of their own stomachs and Micah asking, “Why do I keep throwing up?!” Ahhh, Covid19, you make me want a Corona with lime.

We finally made it to our new rental and were disappointed yet again. The last guests ran the wood stove all weekend and the flute must need attention because the house permeated of smoke. Bad. Asia got an instant headache, my eyes hurt, it reeked and we were less than excited about the new accommodations. The upstairs has no vents or windows that open so it’s just hot and stinky up there all the time. The previous guests also took advantage of the host’s stash of supplies and made off with all the toilet paper, paper towels and trash bags, leaving us with less than a days’ supply. Off to Walmart I went, only to be fussed at for walking the wrong way down the aisle. I kindly apologized, said I didn’t realize, and that we had just moved. The lady was like, “Oh, it’s not a local thing, it’s a virus thing.” I just stared at her, somewhat shocked by her snarkiness. It’s funny, we only moved an hour from our original spot in Virginia (where you can actually buy toilet paper), but here in Maryland, you can’t buy it anywhere, we checked three places that day. Here we have to follow the directional arrows to shop, which basically means you have to go down two aisles to grab peanut butter: one to get you to the other side of the store so you can approach the peanut butter from the right angle. It kind of feels like hunting.  People here are also more aggressive; in how they push their carts, how they look at you, how they pass you, oh, and some won’t even pass you! They literally wait until you grab whatever off the shelf and start moving again. It’s a little crazy. I’m thinking, “Duuude (cuz that’s what all my kids say), maybe you all need a cold Corona with lime?”

I guess I’m sharing all these stories with you  in case you think our life as a travling RN family is bliss, or that living in Airbnbs is the dream life. It’s not. I’d take camp life back in a heart beat if we didn’t have any kids old enough to understand the birds & the bees. Lets be real, there’s no privacy in a camper, that life stage is over for us. But being in quarantine in someone else’s cabin, stone house, or cottage, is not ideal either. Actually, it has brought me closer to being done traveling than I’ve ever been. There is something about being stuck in someone else’s home, with their stuff, their scents, their décor, their dirt, and their clutter, that just makes me want my own place, with my own stuff. My own non-smelly, non-dirty, non-cluttery place to call home. It might not seem like a big deal, but when you are stuck somewhere 24/7 for two months… it matters. I miss knowing everything is clean. I miss a comfortable couch. I miss the feeling of home. I guess we need to work on figuring out where that is. I can tell you though, it’s not in Maryland. Or Virginia.

Life lessons this week: You can tell a rodent by the size of it’s poop, Micah is allergic to riding in the car, rat does NOT taste like chicken, and if home is where your heart is, my home must be somewhere in Wyoming. 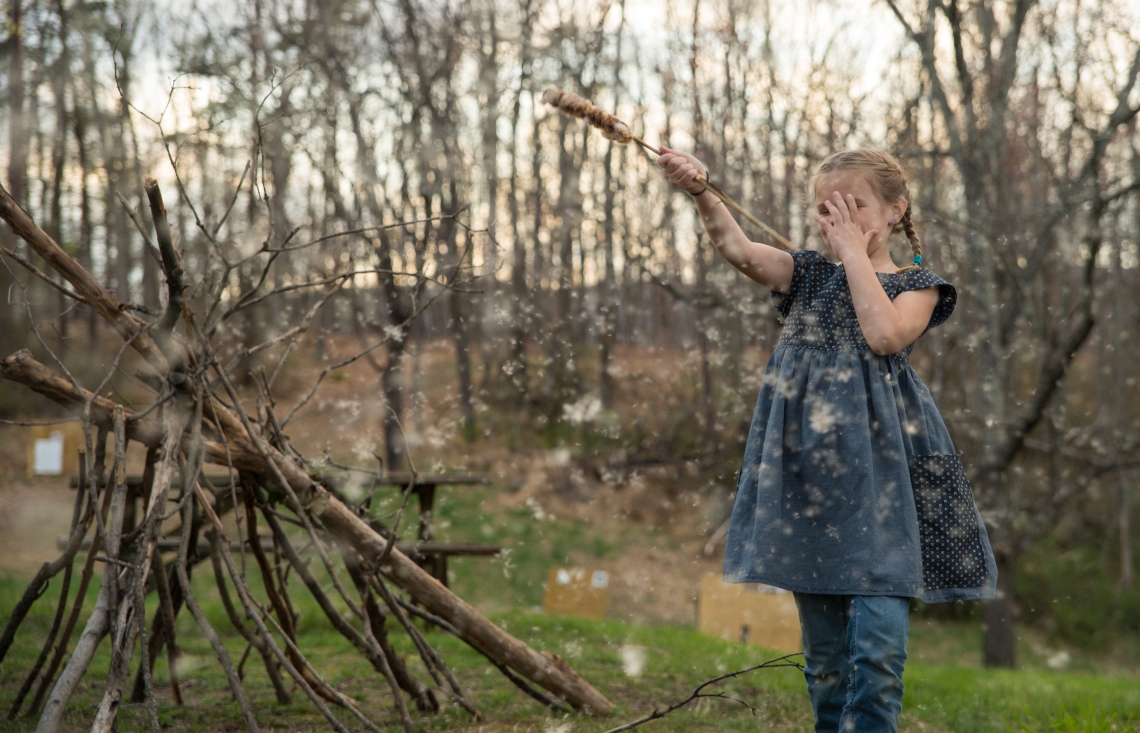 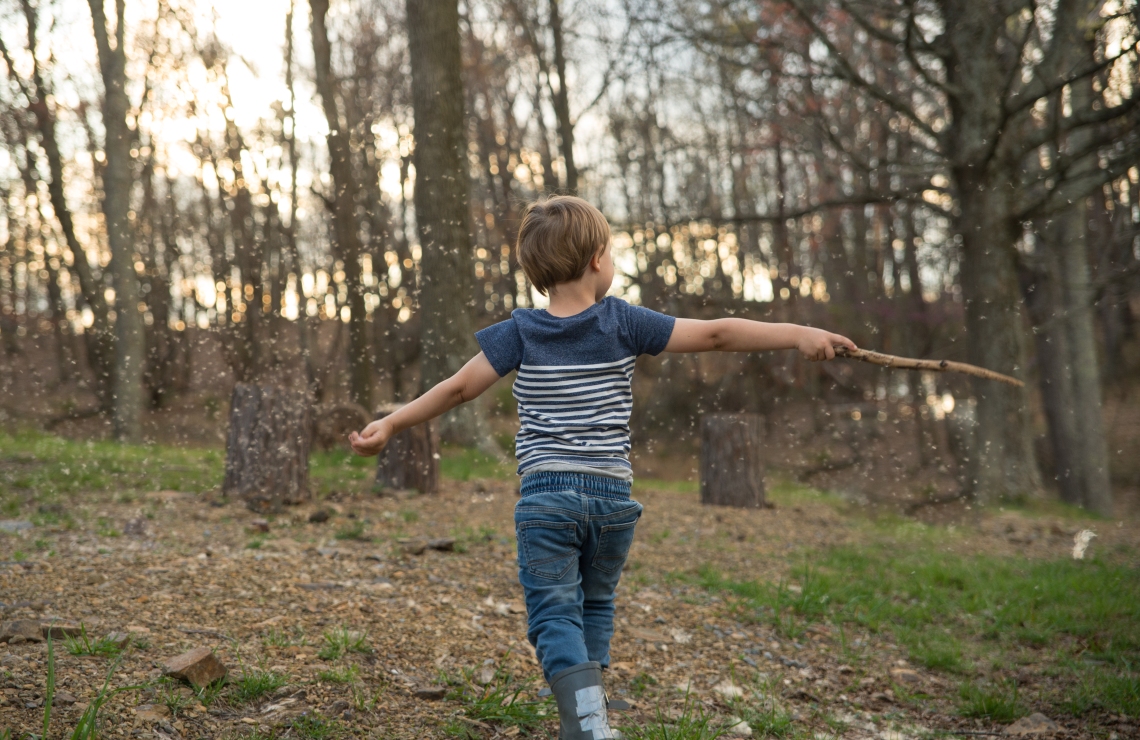 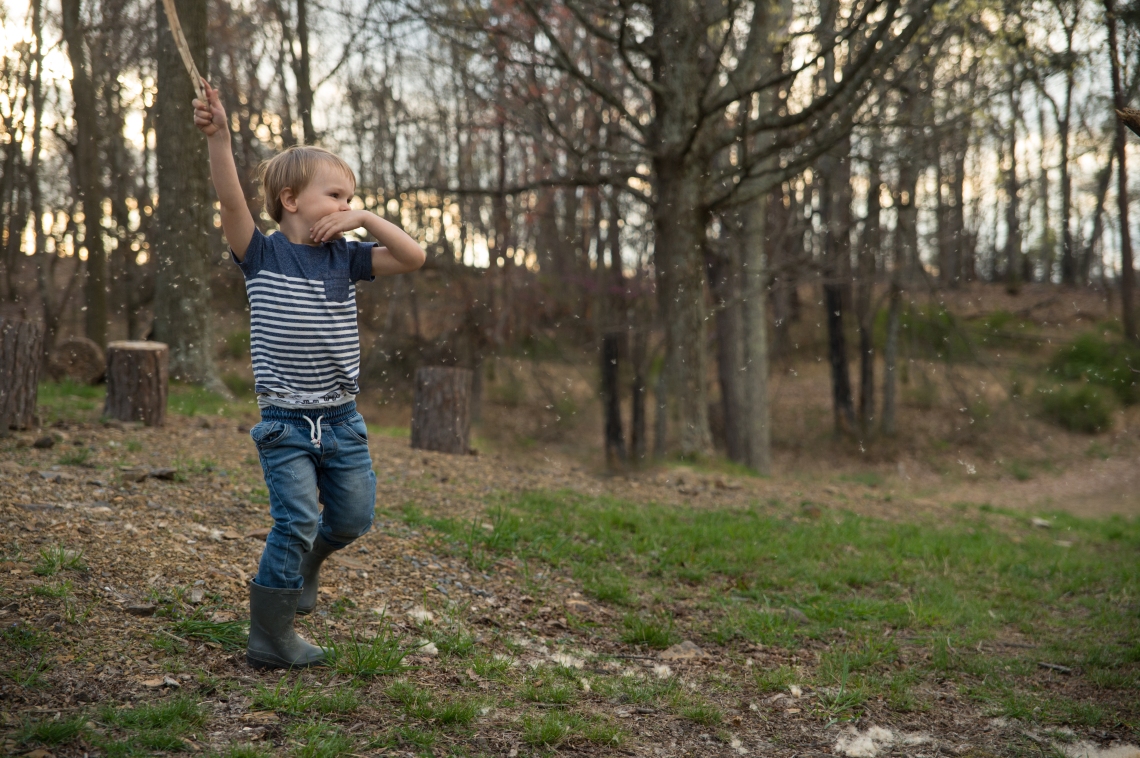 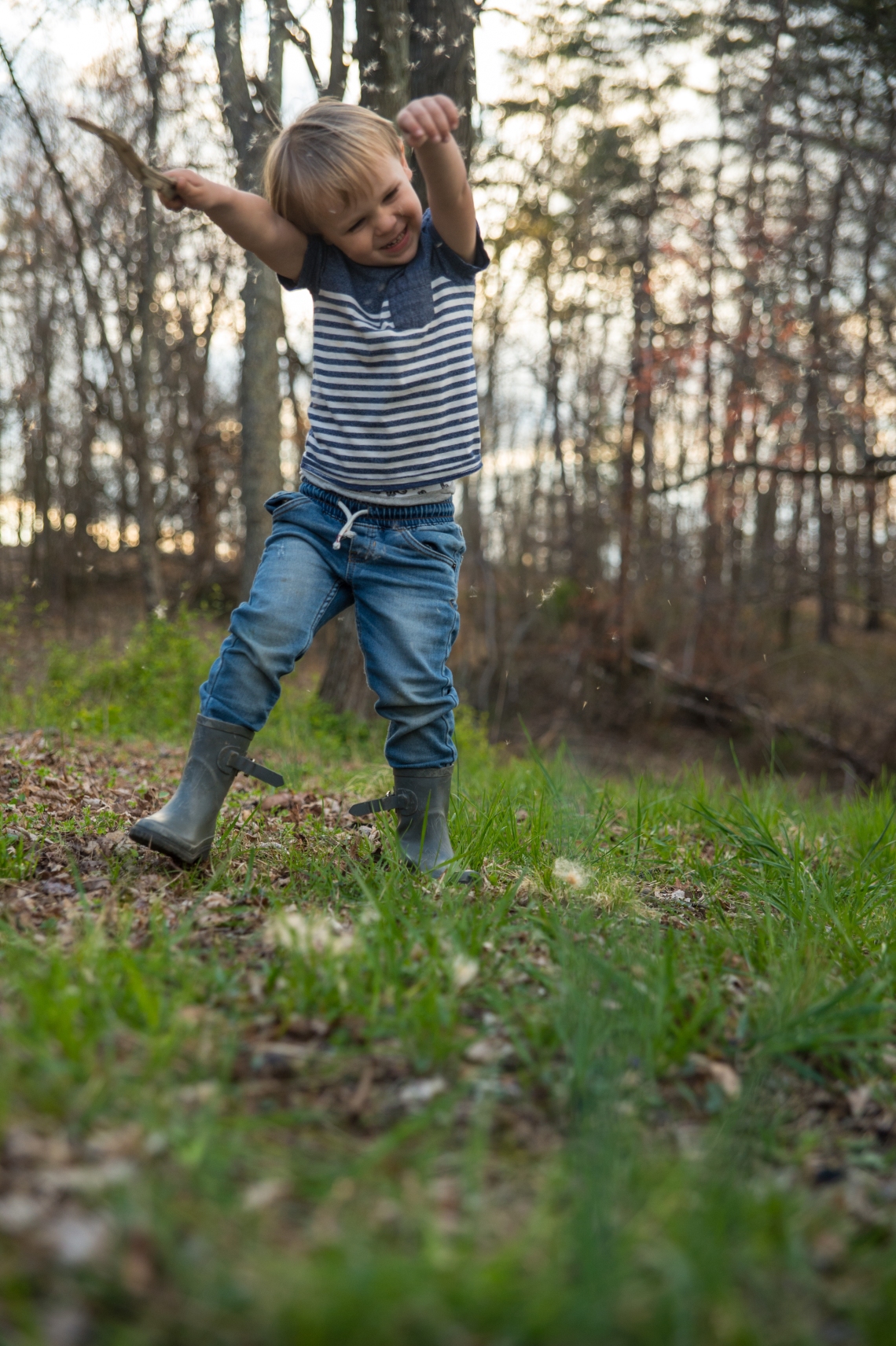 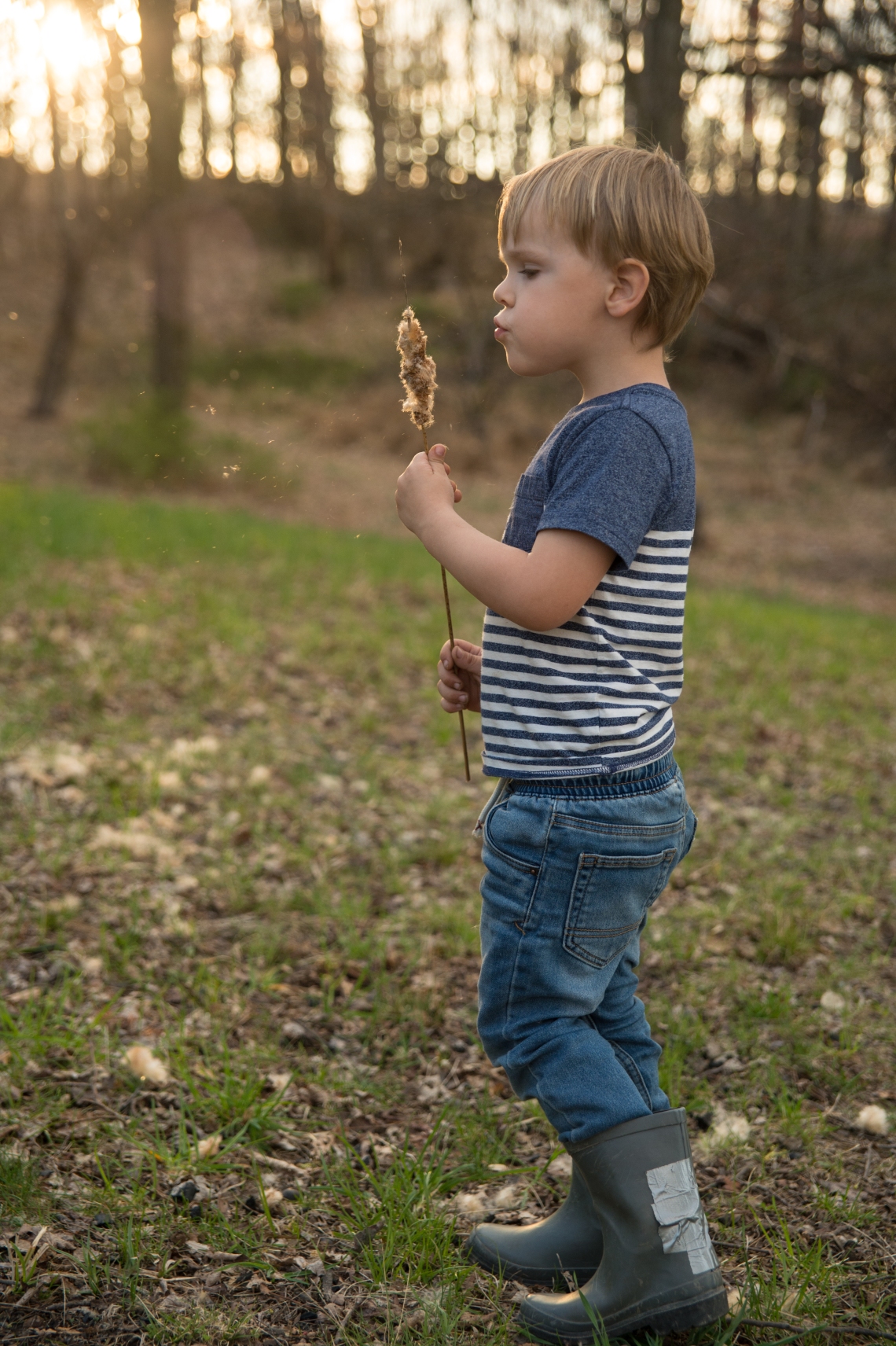 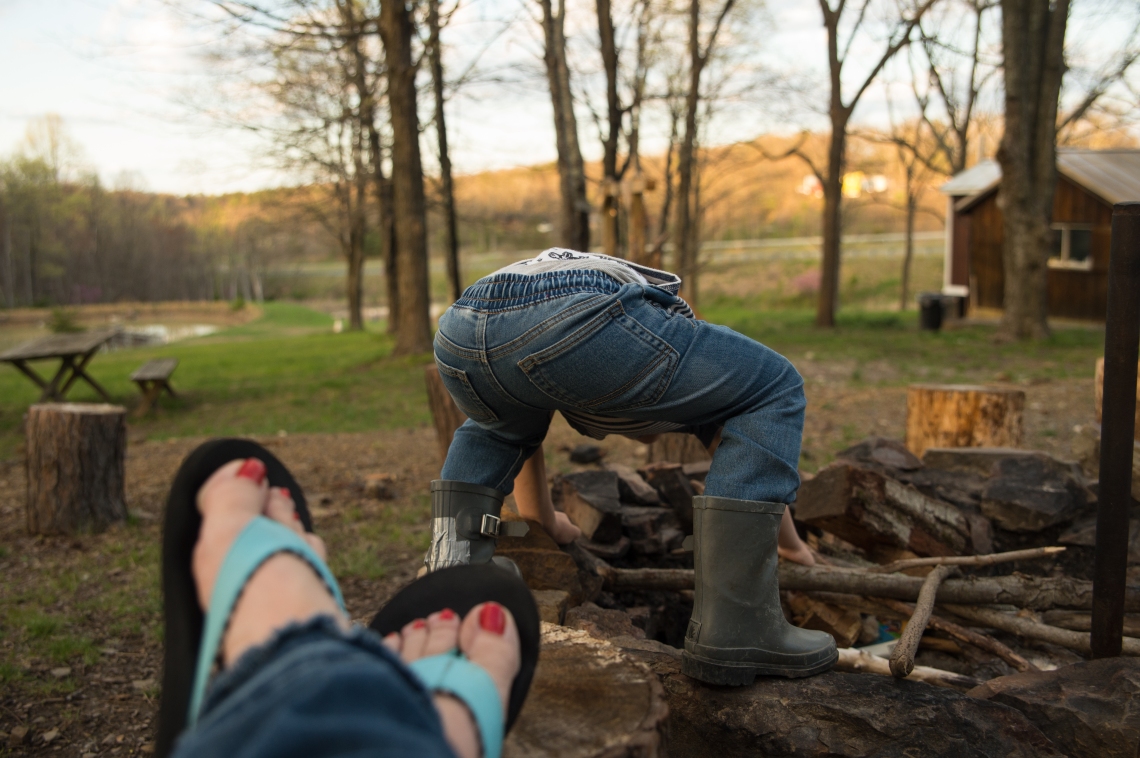 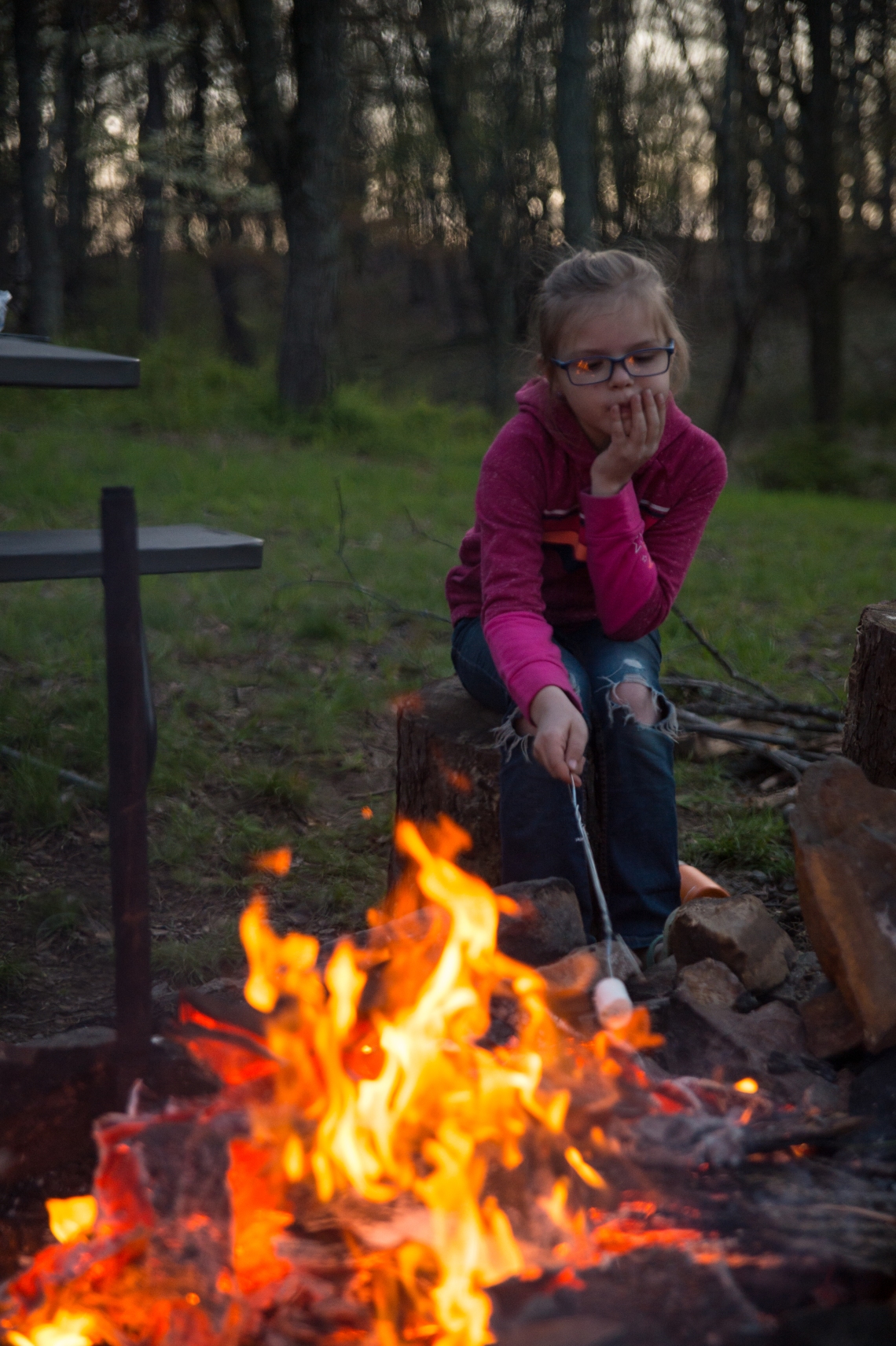 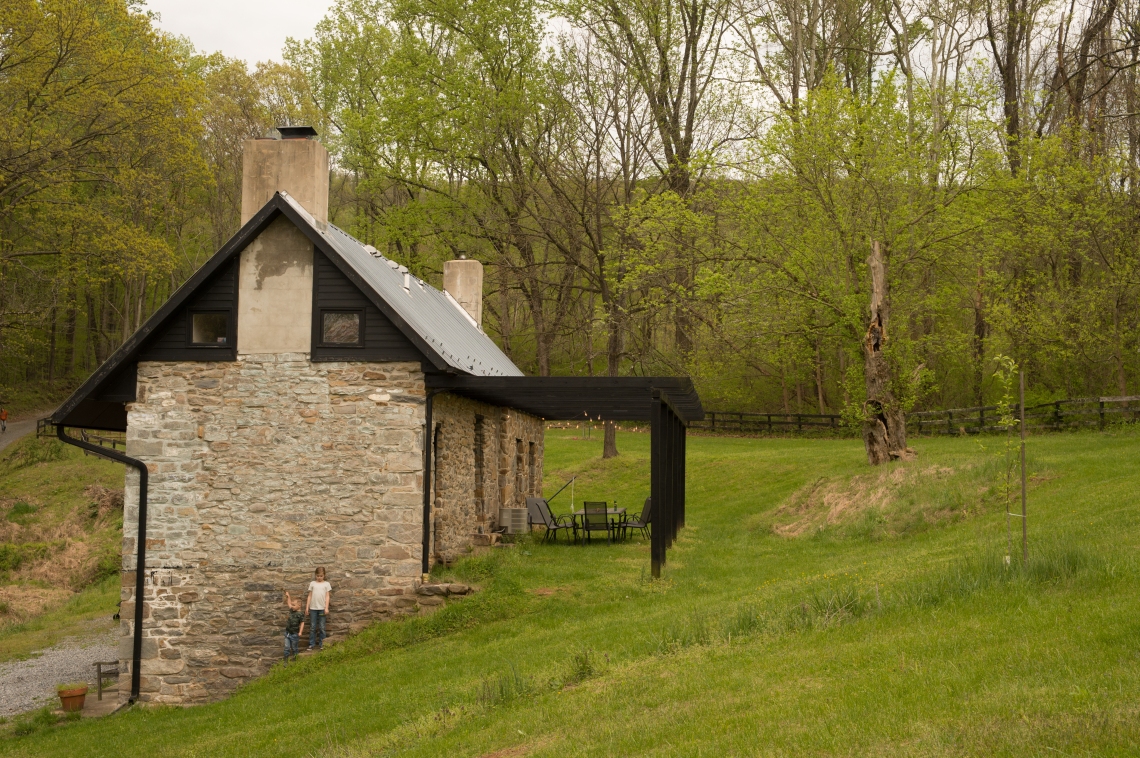 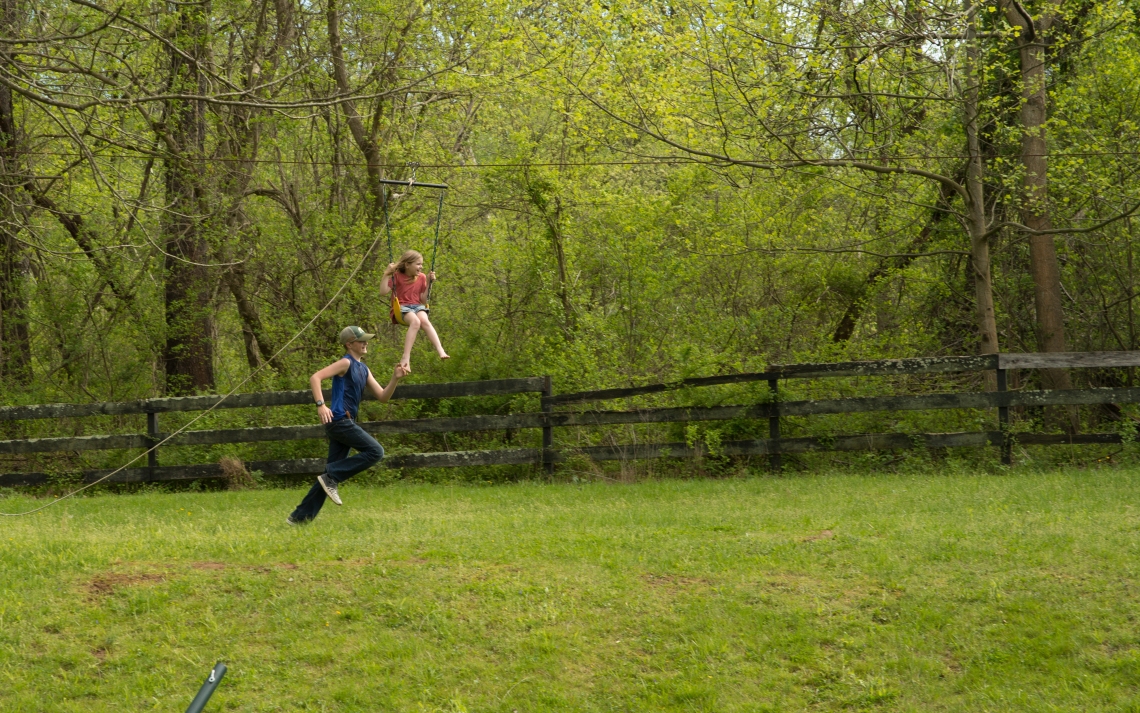 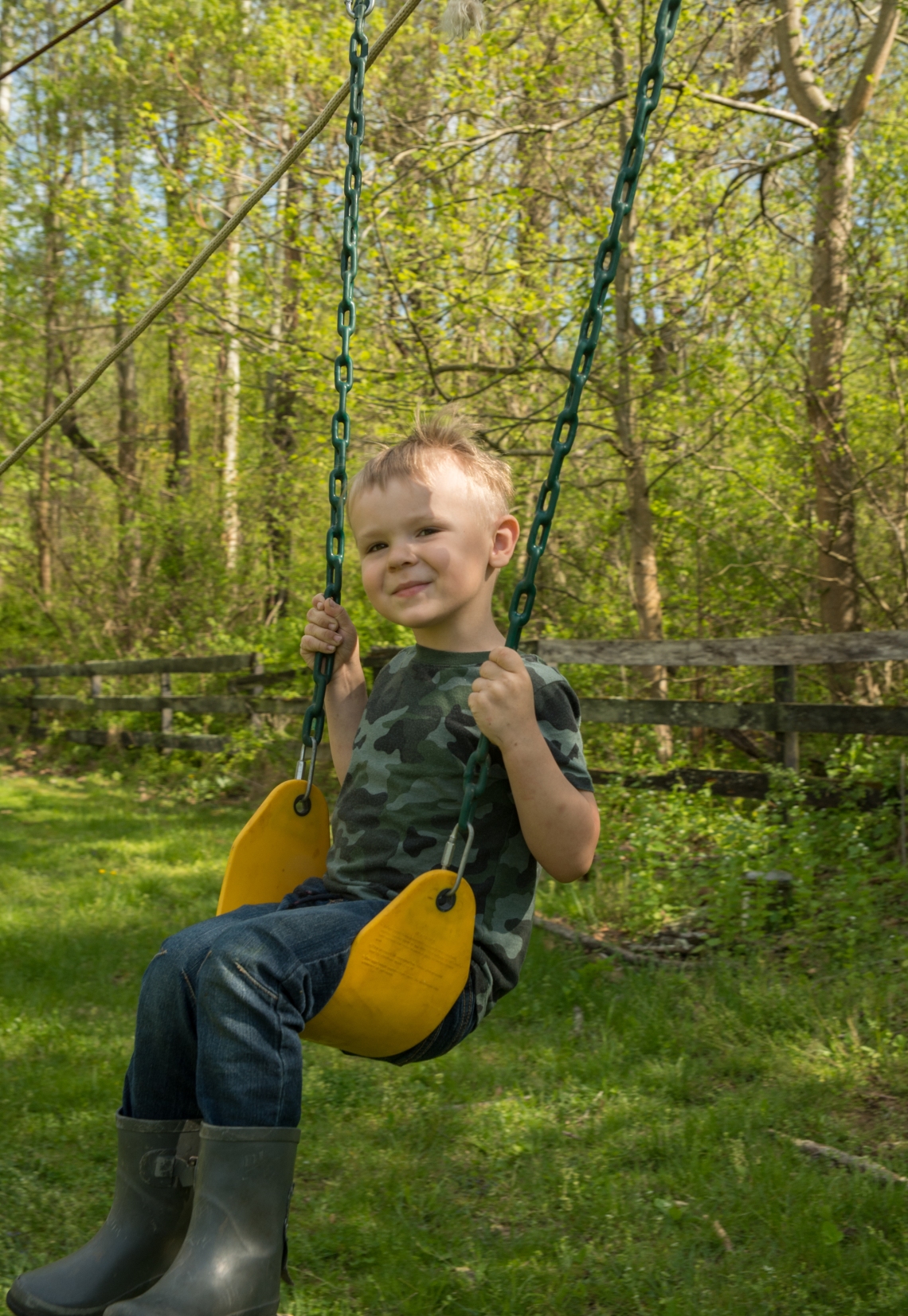 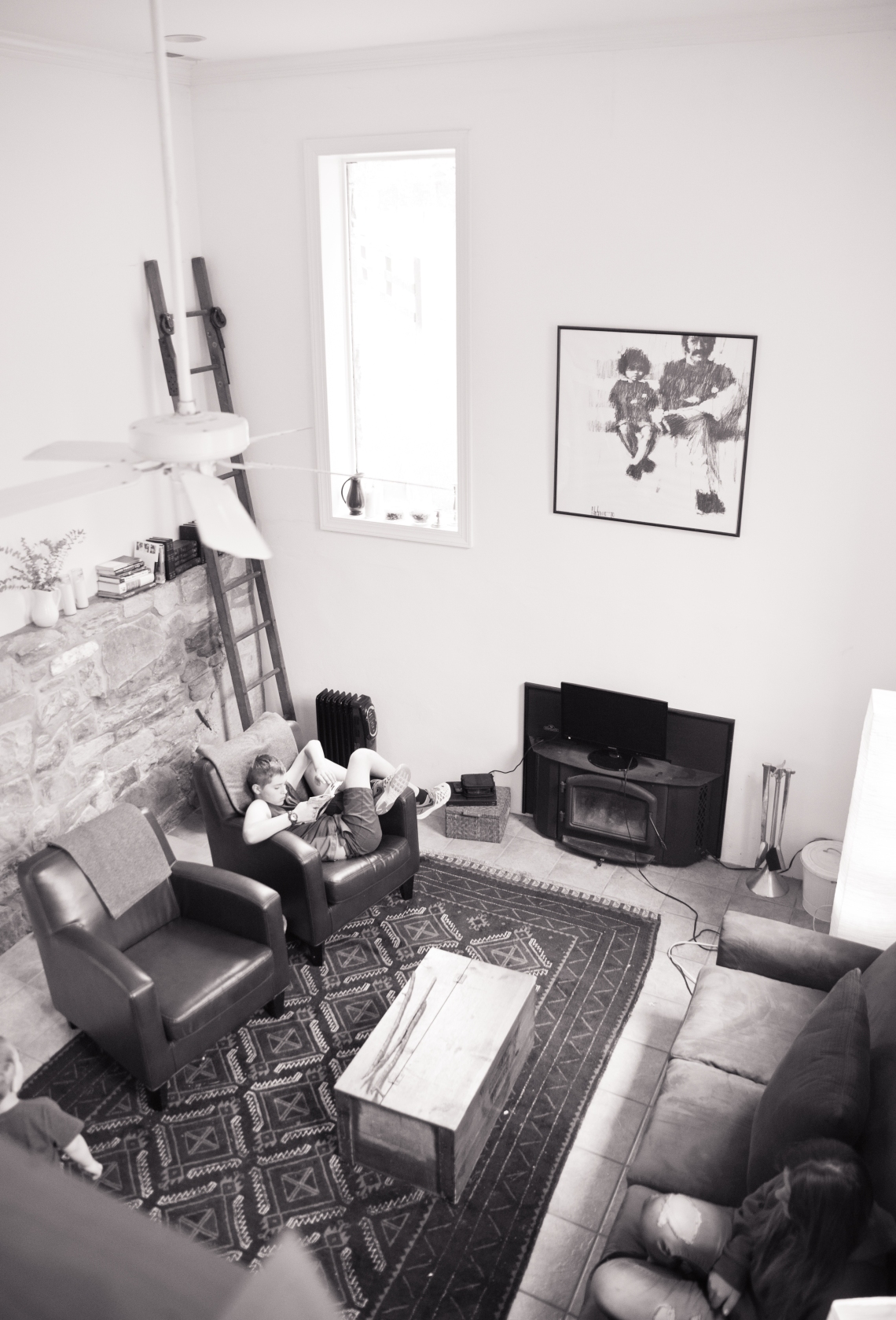